The inaugural edition of Thailand by UTMB is going to end on Sunday 1st November 2020. This is the most challenging period in the world. Yet, Thailand By UTMB, hosted by Sports Authority of Thailand (SAT) shows its potential to overcome all the uncertain circumstances. Successfully and safely, runners are back on the track and enjoyed an authentic trail running experience. Although there were uncontrollable problems on Day 1 as the Thai Meteorological Department announced that there would be a typhoon, Molave slammed into Vietnam and would pass over Thailand, Thailand by the UTMB team has prepared for the back-up plan carefully, as the highest priority is the safety of everyone, not only for the runners but also for the volunteers, staff, and media.

Eventually, the cooperation of every single part brings the event surpassing obstacles and delivering the best destination as its quote.

More than 1,500 runners head to the rooftop of Thailand, Doi Inthanon, to be a part of this historic day. The champion is Sanya Kanchai, the same one as in the test event in February. This Thai elite ran the longest distance Inthanon 6 (100 miles) and achieved a time of  26:40:06. At the 1st place Women of Inthanon 6 was Phitchanan Mahachot, crossing the finish at 36:16:38.

2020 is an unprecedented and challenging year. We, however, will neither give up nor stop in order to be THE BEST DESTINATION for all trail runners friends.Text & Video Credits: Thailand by UTMB

COROS Wearables Inc., makers of endurance sports wearables, announced today a new partnership with ultra-marathon legend John Kelly to join their global Pro Athlete team. John who specializes in mountainous, multi-day events such as The Barkley Marathons, The Spine Race, Tor Des Geants, and long FKTs such as his recent Grand Round project that connected all of the UK's big 3 fell running rounds, said “COROS is bringing innovation and new capabilities to an area that has largely seen only incremental improvements over the previous decade. The long battery life and versatile user interface are a valuable asset for the sort of multi-day challenges that I do in remote terrain, and I look forward to my future adventures with a COROS.” 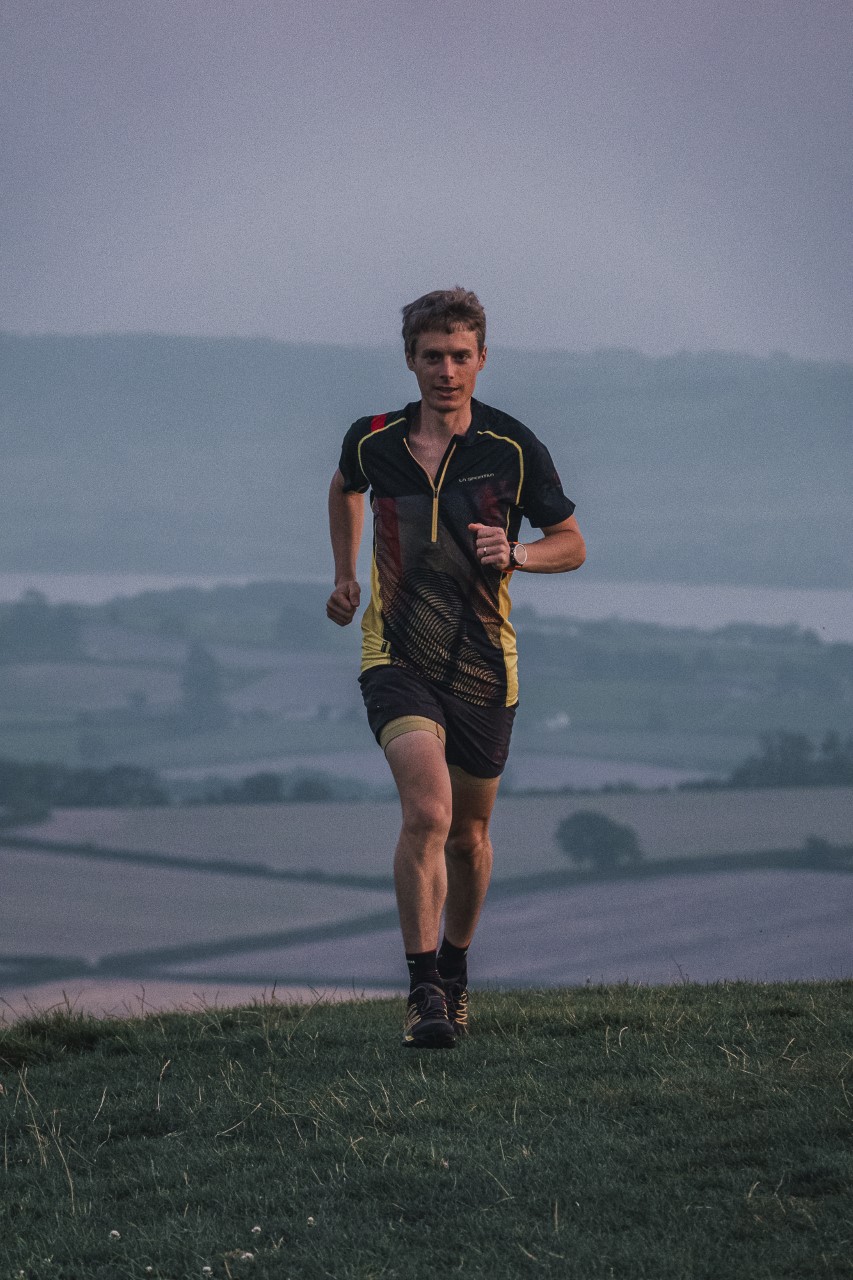 John grew up in east Tennessee USA, where his love of the mountains began, and now lives in the UK with his wife and four kids where he's the CTO and co-founder of a tech startup. Some of John’s ultra-running achievements include: - 2017 Barkley Marathons winner - 2018 ITU Long Course Age Group World Champion - 2020 Spine Winner - 1st to complete “The Grand Round” – the UK’s big 3 fell running rounds, cycling between them - Guinness World Record for “Fastest Marathon Dressed as a Videogame Character” (2016 Boston Marathon) John will continue exploring the mountains and his own limits, challenging himself with goals that push his boundaries.

He hopes to be able to pass these passions along to his kids and others - promoting an appreciation and preservation of wild places and the value they bring to our society. Northern Europe Market Manager for COROS, Ben Clark said: “We’re delighted to have John join our team, he has worked extremely hard to reach his ultra-running goals, as well as often completing them in a superbly unique way. I am really excited to see what John is able to accomplish when using our products going forward, as well as wishing him the best of luck as he welcomes a new addition to his family”. COROS’ Pro Athlete Team also includes endurance elites such as Des Linden, Camille Herron, and Hayden Hawks, as well as the recent allusion of Eliud Kipchoge who was spotted wearing a COROS APEX Pro after some investigative journalism by Runner’s World UK. You can read more about John Kelly’s “The Grand Round” FKT here.

To purchase Coros watches, if you use the following links you will gain the URC a small commision at no cost to your self. As an Amazon Associate I earn from qualifying purchases. Thanks.

To read my review on the Apex Pro, then follow this link - APEX PRO review 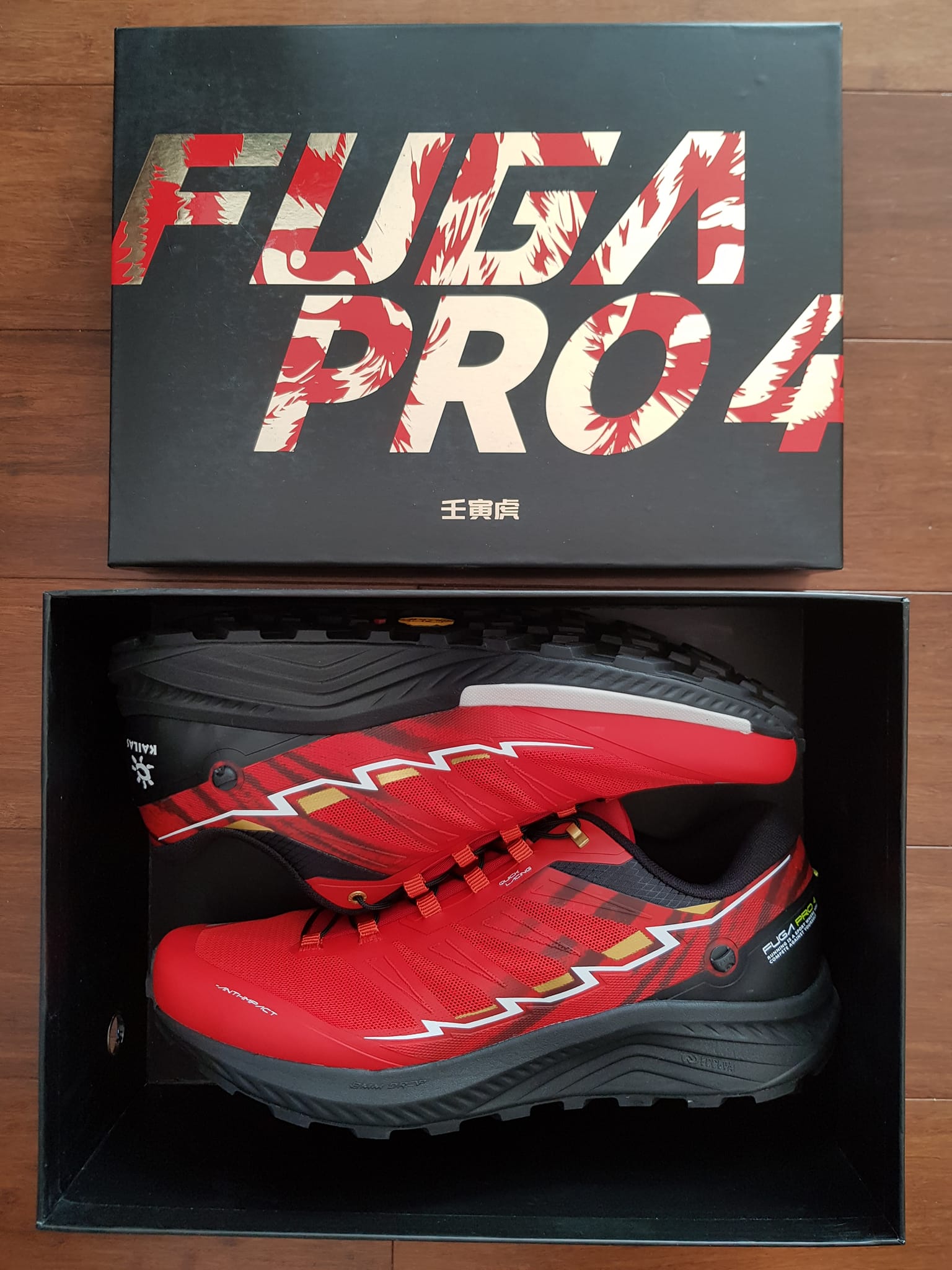 Written by Neil Bryant for the URC After what I would call a successful review of the Fuga Air 2 race vest from Chinese company, Kailas, it seemed like a good...

Written by Anthony Stevens - https://www.oldiesultras.com/ 2022 Silva Northern Traverse: 2-4 April 2022   Pre-Race    There is something special about Coast-to-Coast races. Something about the fact that when you finish you physically cannot go any... 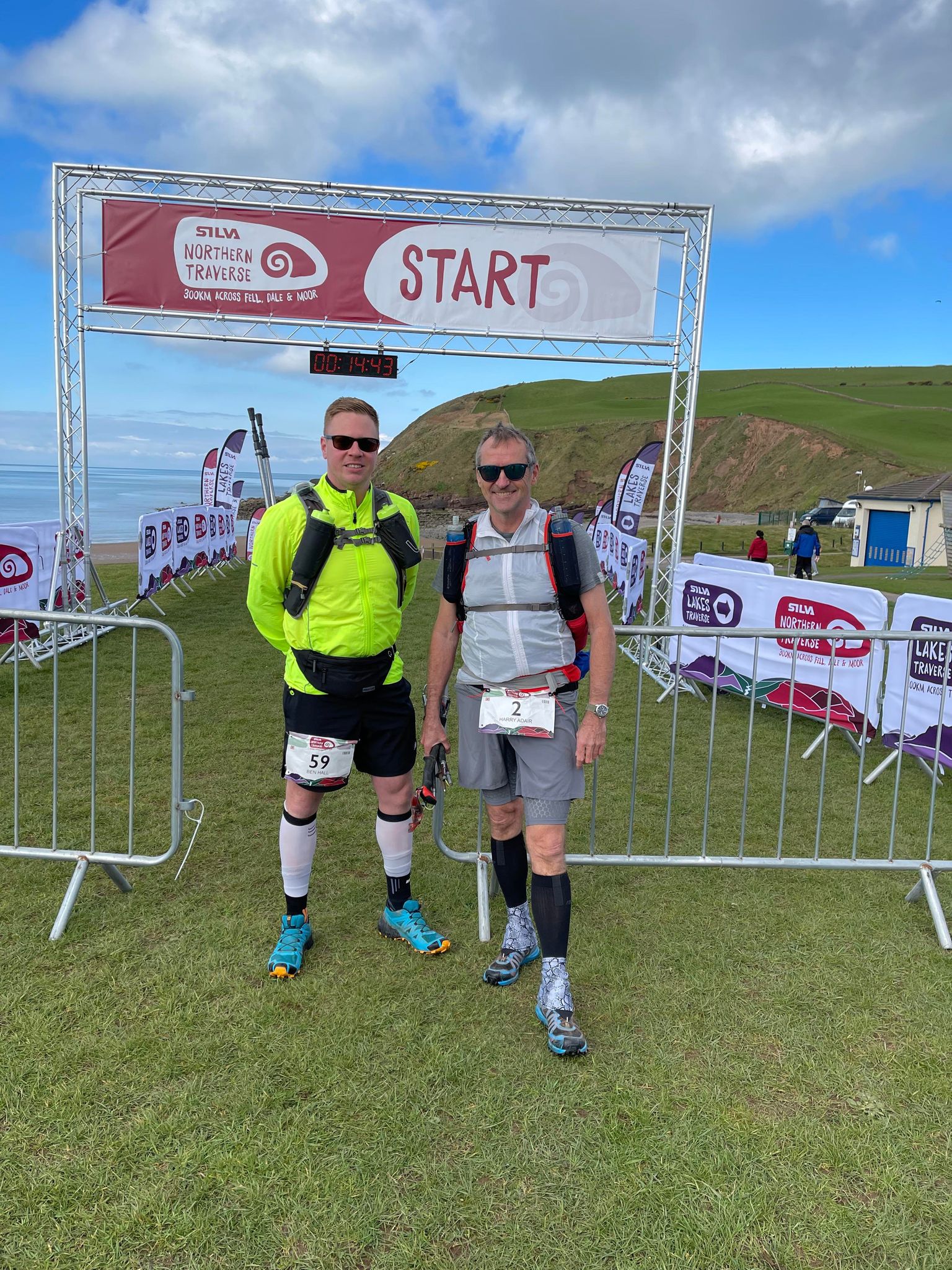 Written by Harry Adair This is just a short(ish) report for those who were perhaps tracking or following my progress and wondering why I was so slow and why I gave up... 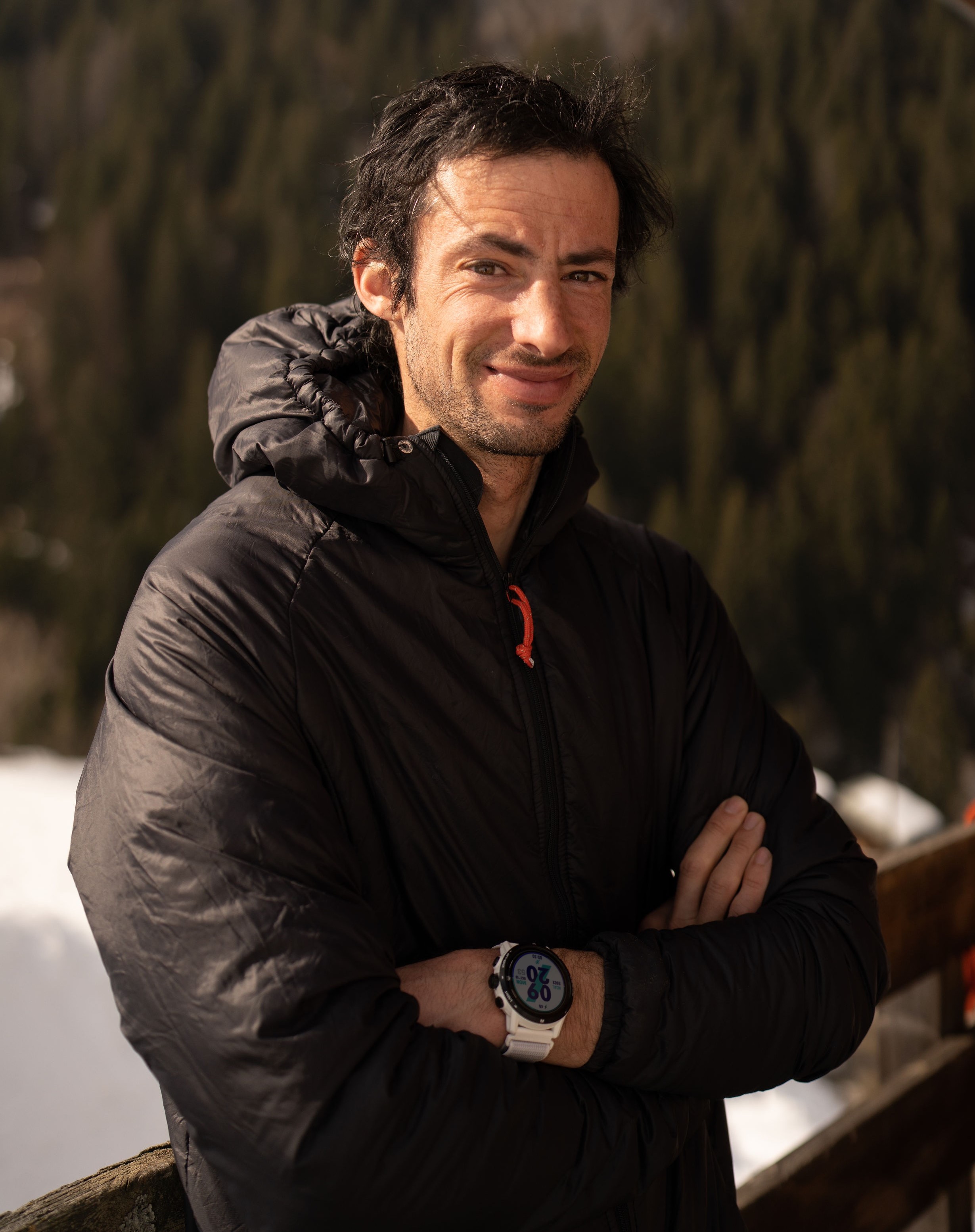 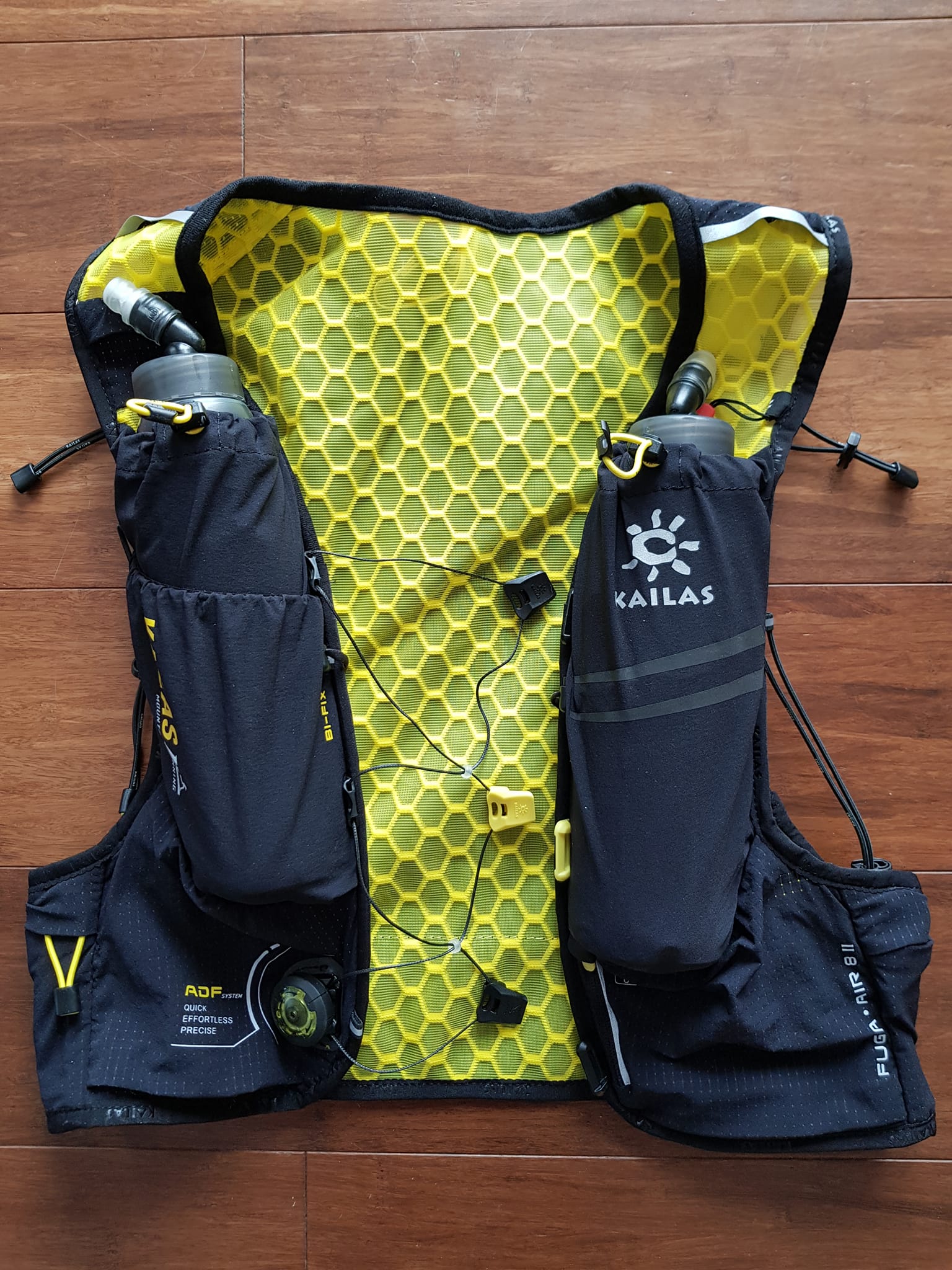 Written by Neil Bryant for the URC On receiving an email from Kailas asking if I could test and review some of their gear, I’ll admit that I had to go... 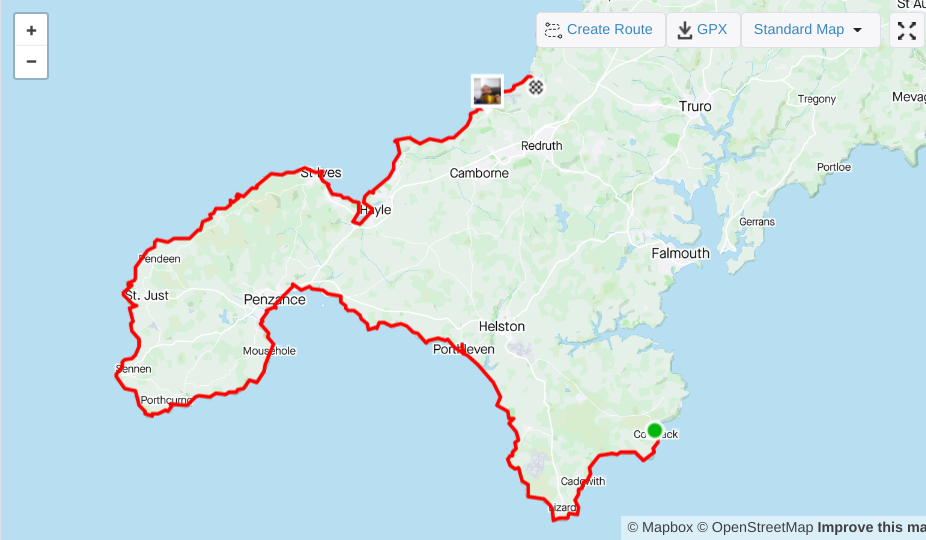 Written by - Antonio Codina The why I just love running winter ultras in the UK, which is strange because I am Spanish and in theory I am more adapted to milder...

Written by - Colin Bathe February 1st/2nd 2019 - Cornwall At school I was always the second to last person to get picked for a team in games. This was because I... 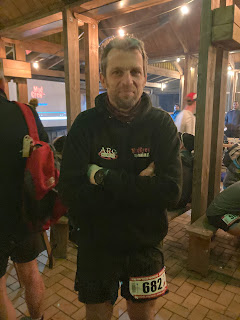 Written by Jean Baptiste Rouvelin - https://jbrouvelin.blogspot.com/ Another weekend down in Cornwall to be part of the run fest Mudcrew organise every January.  This time it was for the 50 miler, so the start was...

The Arc Of Attrition, A.K.A. That Horrib…

Written by Adrian Busolini - https://www.thetrailexplorer.co.uk/ Over the years, I’d heard various rumours about how tough the Arc was. I knew nothing about the race itself though. I had assumed it was... 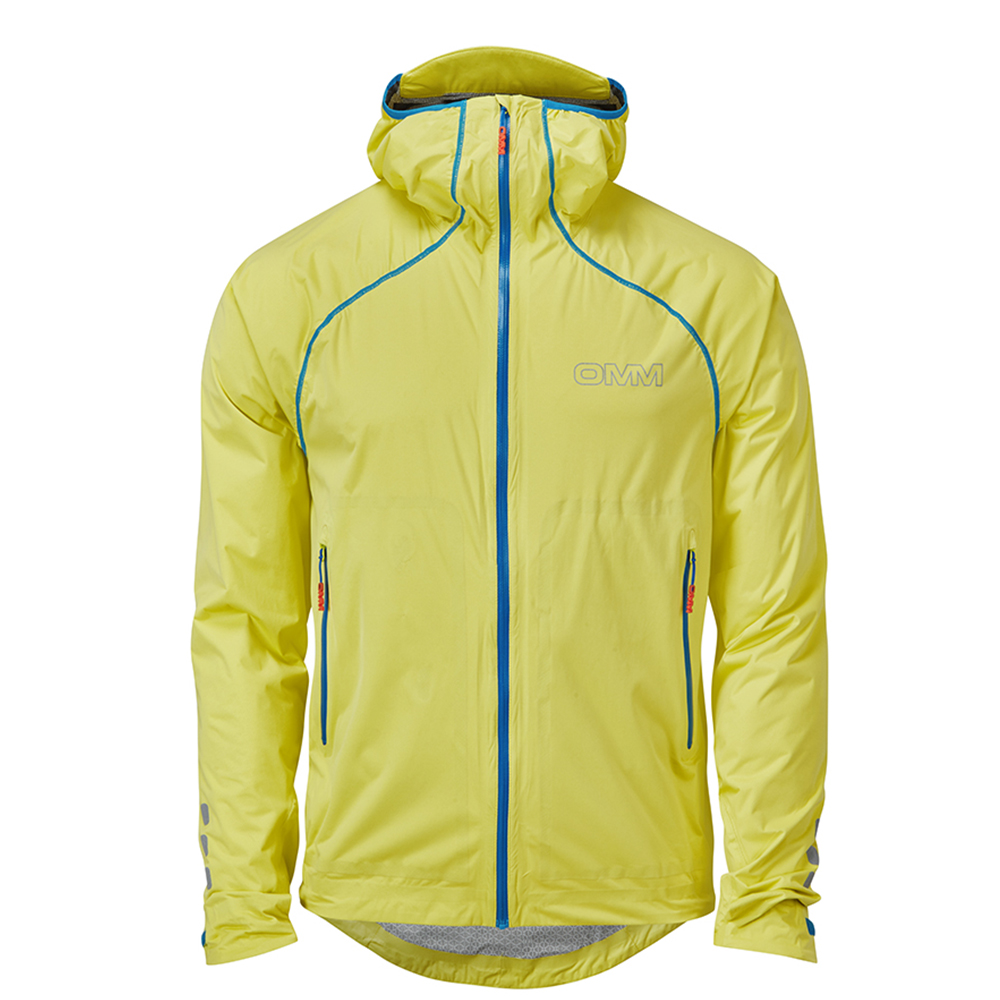 Written by Neil Bryant for the URC I owned a Kamleika jacket from the OMM around a decade ago. In fact, I also owned the Kamleika trousers too. The jacket was nice... 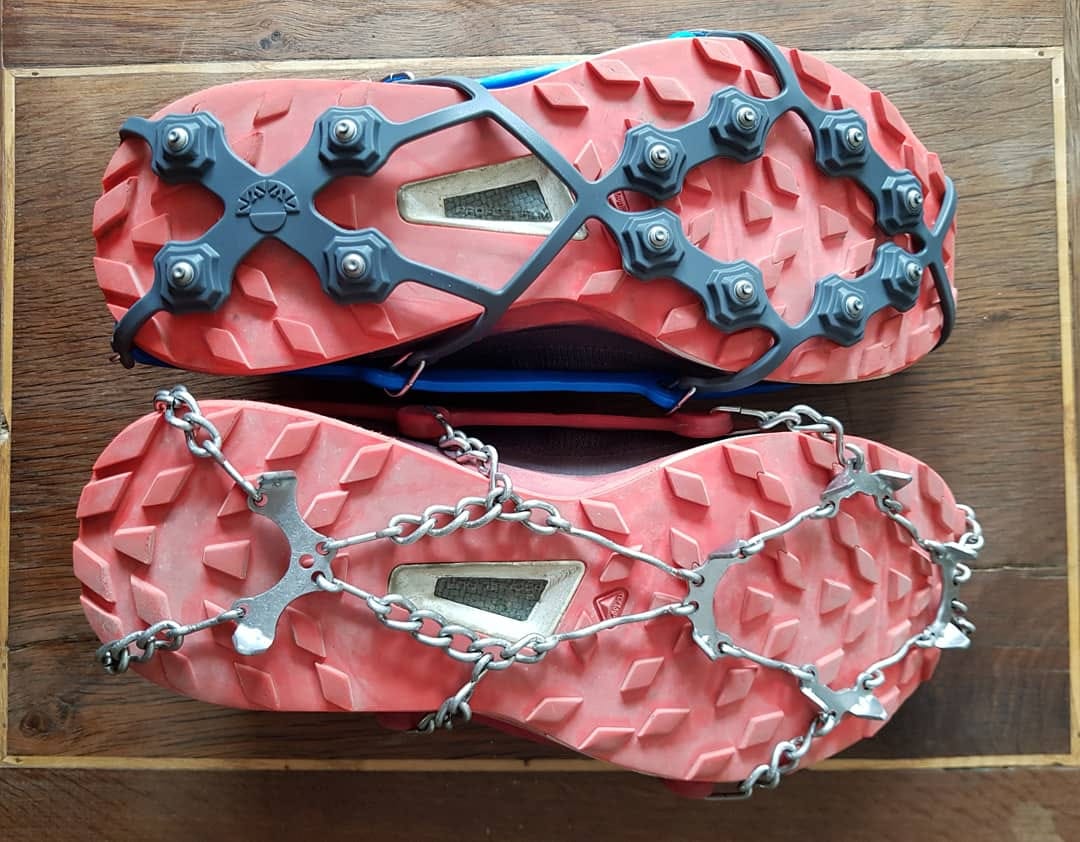 Written by Neil Bryant for the URC Years ago, tired with either not being able to go running or sliding around like mad when the temperature plummeted, I purchased a pair... 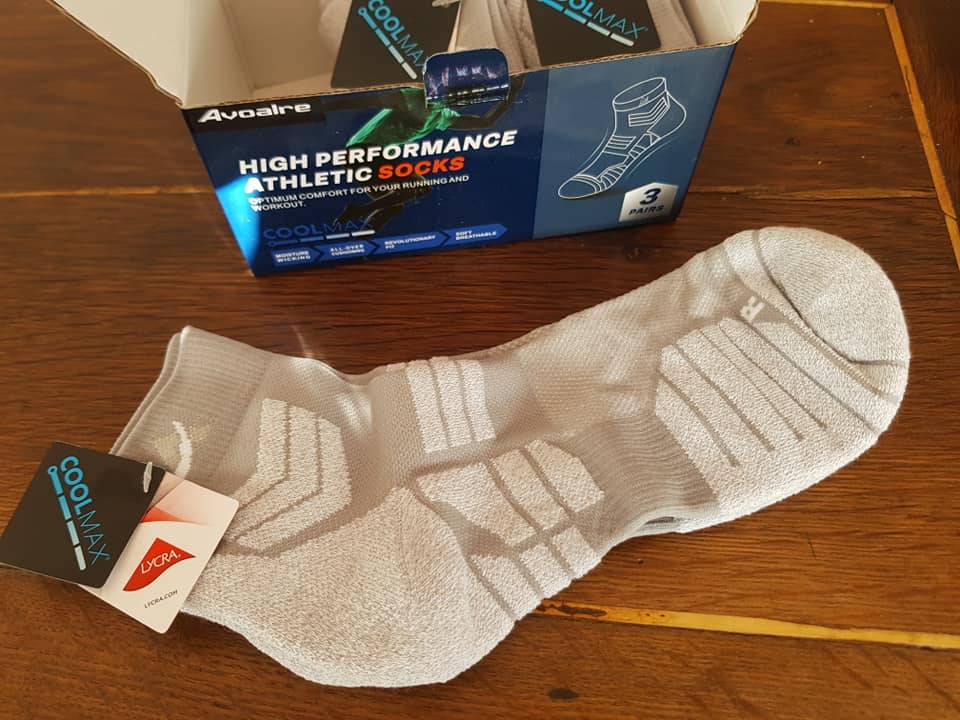 Avoalre recently contacted me asking if I would like to test their new socks. I hadn't heard of them, which is probably as they have no other running products in... 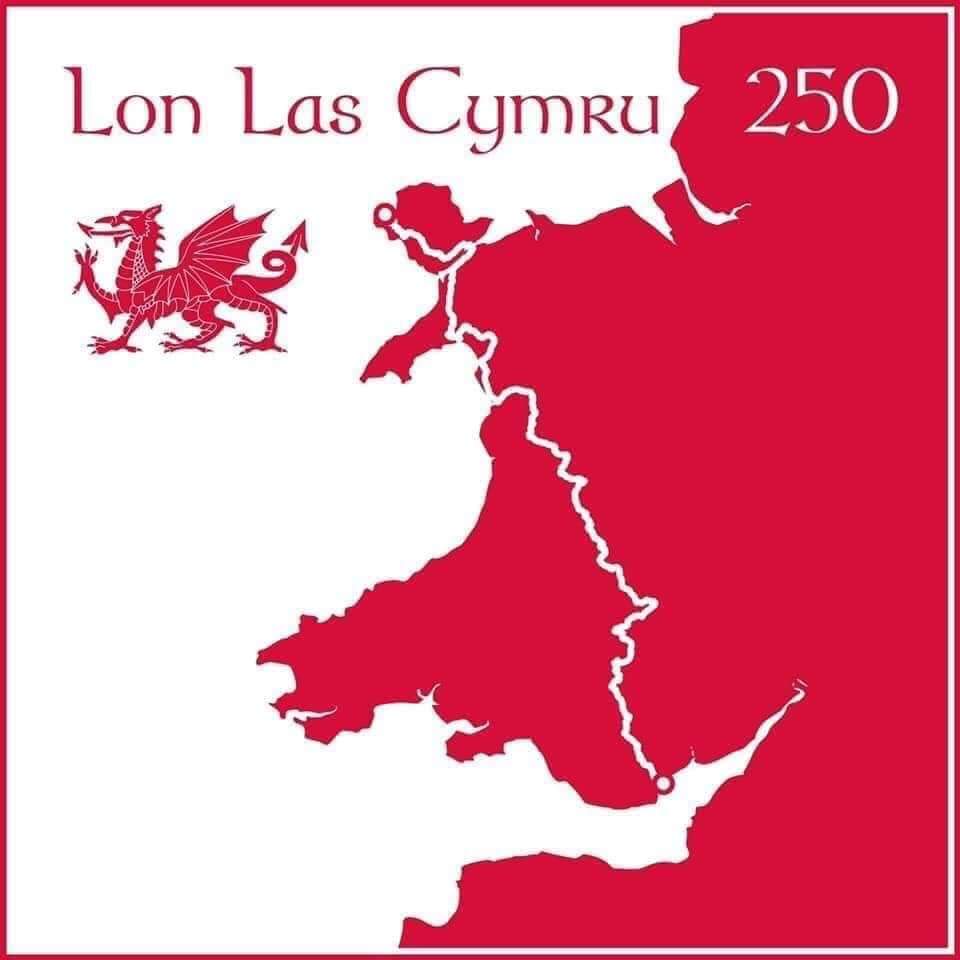 Written by Richard McChesney - http://richardwalkslondon.com/ “I don’t remember there being a castle in Adelaide” I thought to myself as I realised I was walking beside a castle having found my way... 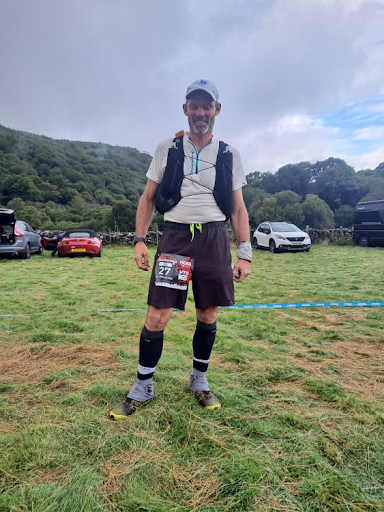 Written by Tremayne Dill Cowdry - https://dill-runs.blogspot.com/ As UTMB drew closer the uncertainty was doing my head in. Would we be able to travel? Will the race be able to enter other...

Written by Kim Cavill - https://www.cavillcoaching.com/ After about three years of only entering and running trail races, vowing that ‘technical’ routes were my nightmare, last weekend I found myself clinging to what...

RACE REPORT: LAKES IN A DAY

Written by Gavin Pittman - https://marsdenracers.co.uk/ The race in my happy place and my first blog. With Fellow Marsden Racer Team Mate, Jon Edwards The race started with the usual anxiety - packing my... 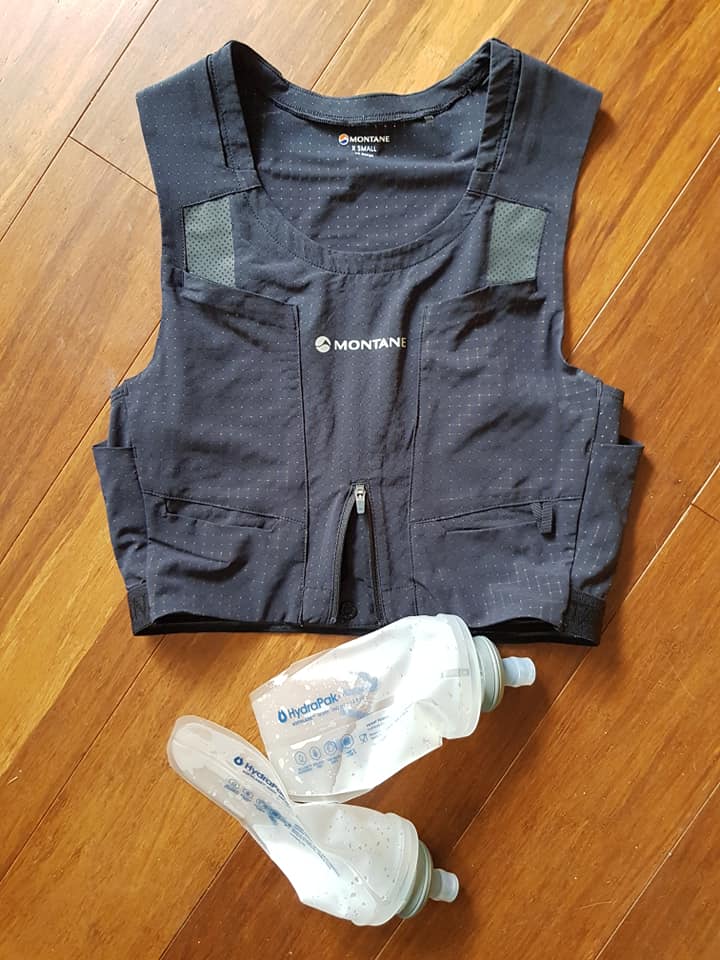 Written by Neil Bryant for the URC When I first saw pictures of the new vest from Montane I was excited! The Gecko Ultra V+ is incomparable to Montanes other vest packs which...