Except that in my experience most runners stepping up to ultra distance running think it’s all about the distance.

Don’t get me wrong, the distance is what defines this sport – we are captivated by tales of people covering huge distances over big terrain at incredible speeds and what they go through to get to the finish line – and for me, the distance on it’s own is not the issue.

Here’s what I think:

I think that anyone can head out right now and cover 100 miles.

If you’re motivated enough, that is.

Now there’s also a bunch of stuff around self-management, and you will need to be able to practice the skills of perseverance – but the good news is that these can be learned - and if you strip everything else away I think there’s just one thing left: Leverage. (Or Motivation, if you prefer).

If you did head out here’s what I think would happen:

Some of you would take far longer than others.

Some of you would be in a box at the end.

And some of you would take an age to recover the desire to do any weight-bearing activity again.

And if you were motivated enough – I think you’d all get there. Eventually.

So if it really isn’t about the distance, why is it normal that so many people fail to finish an ultra? And that proportionally more men will fail to finish than women? Some of the bigger mountain races have a start to finish ratio of around 2:1 – that’s right, one out of two people will not reach the finish line.

If we take the assertion above then there’s clearly something about focus, desire and managing mood – but as some of us know to our cost, there also comes a point in ultras where no amount of Jedi mind tricks will keep you moving. Right at the extreme end of prolonged exertion the brain – charged as it is with self-preservation and maintaining homeostasis – will simply press the reset button and shut the body down. So on that basis there clearly is something physiological as well.

And then there’s the business end: Feet.

There’s no shortage of pictures in books, magazines and online of mashed and trashed extremities – usually accompanied by screaming and crying on behalf of the owner, and often by a Did Not Finish (DNF). So there’s clearly something about foot care and shoe choice as well.

So what’s the formula? Is there a secret and if so, who’s telling? While I think I’ve got some stuff figured out I also have a file the size of a house marked ‘Further Research Required.’ Guess that gives us some column inches over the next few posts then… 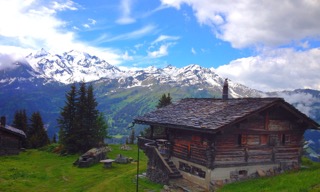