At least, that’s what all the lead characters in the great movies/TV thrillers have. In fact, they go further than that because they give at least one entire wall of their house/office over to The Plan which is then peppered with pictures, photos, lines, notes and pins.

John Malcovich as the creepy assassin in Line Of Fire

Robert Downey Jnr as Sherlock Holmes in The Game Of Shadows

Heck, any police/crime/CSI drama worth it’s salt knows full well that you have to have at least a large wall-mounted pin board or three and periodic shots of people moving pins and paper around while stroking their chin thoughtfully under furrowed brows.

Even Tom Cruise in his Mission Impossible office knows you gotta have a plan – it’s just that he’s pimped his to be all virtual and whizzy so that it does really cool things as he waves his arms about.

A Big Wall Plan means you can:

Truly, in TV-land at least, The Plan is central to your storyline.

We (that’s me and friend Speedy Paul) were therefore very impressed when other running friend Andy B announced the other day as we were all halfway up an early morning ascent of our local mountain Ingleborough in the Yorkshire Dales that he had drawn up A Plan:

‘Ooooo! That means you’re all focused and structured and motivated and everything, then!’ we sneered, secretly jealous of his new-found dedication to The Search For (Sustained) Speed, and starting to remember the times when we too had A Plan and how that plan had actually really helped.

‘When I had A Plan before,’ said Andy, ‘It really helped…’ and he then proceeded to sell the benefits to an audience who were actually already converted – it’s just that we’d been doing the Spontaneity v Obligation bit for a while, and were actually quite comfortable with that, thankyou.

Too late: Andy had sprinkled and the Seeds Of Doubt had been sown.

Time to turn the tables and put the focus back on him.

‘Well it’s all well and good having A Plan,‘ we said, ‘That’s the easy bit. And now you’ve gone and Shared The Plan – which is a considerably more scary proposition especially for a repressed bloke, so well done – which means all that remains is the really hard bit: Working The Plan.’

We paused for dramatic effect – and to concentrate on our breathing as the slope kicked up viciously.

‘But don’t worry: now that you’ve told us we can be really helpful by asking you all about it every time we see you. We could ring you up and remind you. Send helpful and motivating messages. Give you an opportunity to report on how well you’ve been doing your homework - and belittle you and make you feel like a worthless worm if you miss a session.’

We grinned across at him with adoration shining in our eyes: ’We can be your special support team!’

And so it went on.

But however much we sought to have a little boyish fun at his expense the fact remained that Andy B had A Plan and was therefore clearly about to Go Places: We didn’t and by implication we weren’t. And that sucked.

By the time I got home the cogs were still churning: I wanted to Go Places – heck, I always want to go places - I had an office wall (which was blank) so what was I waiting for?

‘I know what the problem is’ I said to my wife Charlotte - we’d been worrying away at the business recently looking for ways to get to where we wanted to be faster – ‘I don’t have A Big Plan up on my wall. I used to have one, but…’

So that afternoon The Plan went up on the wall: business, family, running – it all went up there – and I spent many happy and smug minutes standing staring and stroking my chin thoughtfully.

Later that day I spoke to Andy B on the phone.

‘So that run this morning, then’ I asked. ‘Were we on or off Plan?’ 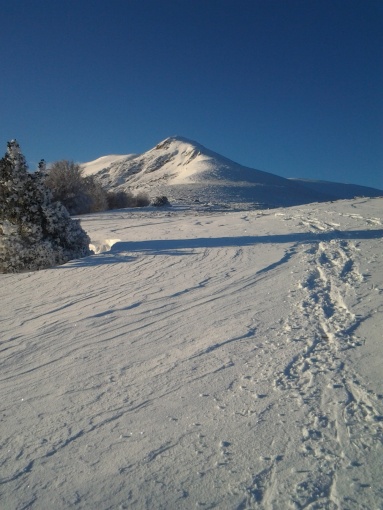