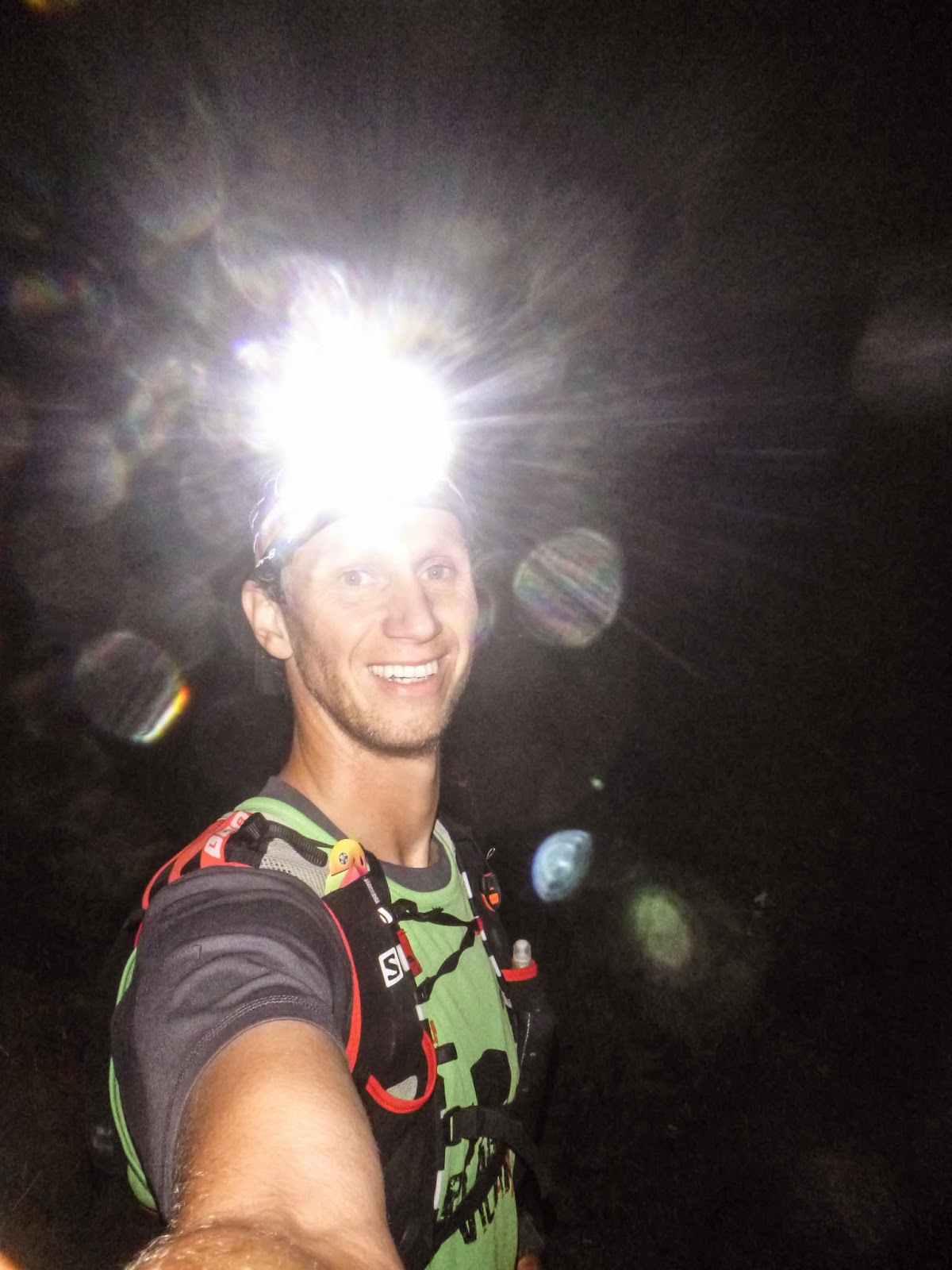 I've long been a fan of Alpkit gear and have previously used and reviewed their first head torch - the Gamma.

For the Plague this summer I needed to have a torch for the overnight section and, as with all ultra marathon kit lists I've come across to date, there would be a minimum 100 lumen rating required.  The Gamma only pumps out 85 and although its fine for running on the roads it can seem a bit dim on the trail. Therefore I needed to get something different.

Luckily I had won an Alpkit Manta in a competition some months back so I started running with this in my training runs. Then before heading off camping with the family I decided to order another and found a third head torch gracing the pages of their website - the Viper - so I got one of those too (there is also the Indigo but that's not powerful enough to be considered from a runner's perspective).  Having now completed the plague and having run with all three torches at one time or another I decided a review was in order.

I won't go over old ground with the gamma. The review is here if you want it. But as I said above, if you want a torch powerful enough to pass on a mandatory kit list then read on:

Rated at 120 Lumens it is plenty bright enough and casts a huge circle of light - enough to illuminate both sides of the road on a Cornish lane. This is handy when off road as you get to see a bit around you which can help with route finding. It also means you aren't stuck in too small a goldfish bowl of light when running for hours and hours. 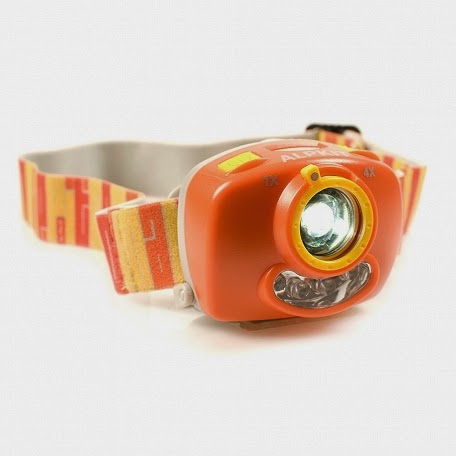 I found the 120 lumens more than adequate - certainly a lot more powerful than the Gamma. There are clearly much more powerful torches on the market, but the amount of light given out by the Manta is enough that the ground ahead is clearly lit - like daylight - and that is good enough for me. More powerful torches may be better at illuminating distant objects - useful for navigating at night and finding those illusive styles on off road trails - but all that power comes at a price.  On the Plague I ran with the torch on full power for about six hours. I met two people, there may have been more, who had been forced to play a game of guess which way the batteries go while changing batteries on their only head torch in complete darkness.

The torch settings are simple and the whole thing is very well built. The batteries are stored in the front with the bulb - possibly only thing I didn't initially like as the separate pack on the gamma makes a lighter more stable package - and there are two rubber buttons to operate the torch. One controls the main light source and clicking it repeatedly cycles through high power, low power, flashing and off.  The second button switches one of three coloured LEDS on (and the main source off) - there is a red, green and blue light. Red for preserving night vision, green for map reading (red light hides contours) and blue for impersonating a Policeman!

The viper is a little more basic but still a very good torch with some great features that made it hard to decide on which one to go for on race day.  Its another single strap, front battery type affair but much more compact. It has a single power button which switches between high, low and flashing options. Rated at 100 Lumens its right on the minimum spec for a race torch but gives a very adequate amount of light. 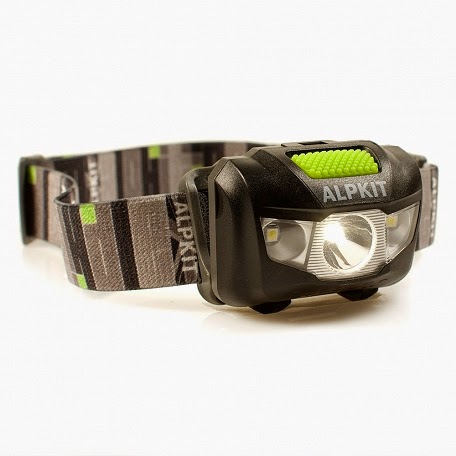 What really stands out though is the bulb arrangement; it has a main central bulb and two side LEDS. The central bulb has some sort of diffuser on it so that there is a brighter centre that falls off a little. With the LEDS on the two lights give a pleasing wide, non-circular pool of light, though less bright of course.

However, the 20 lumens extra from the Manta is noticeable and that was what swung it for me when it came to race day.

If I could influence Alpkit in any way I would personally like a head strap and battery arrangement like the Gamma, the power of the Manta (or even a bit more?) and the bulb arrangement of the Viper (two powerful bulbs, but side by side - coming in at around 200 lumens - would be perfect). Oh, and I'd like mine in red please, to go with my shoes!