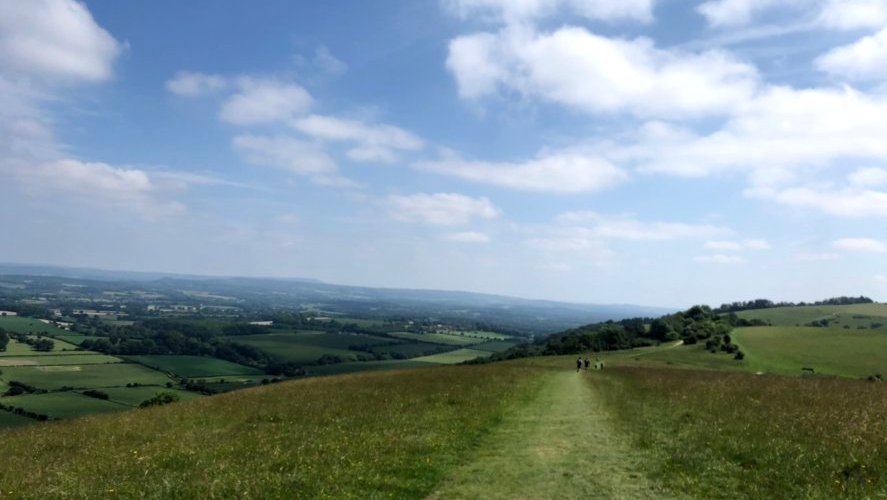 I was expecting to find you hunched over your poles, headphones in, grinding through the dark miles with gritted teeth.

Are you sure you’ve just run 85 miles?  I don’t think you’re supposed to be smiling.

This was my greeting from Olly as I came into the Southease checkpoint to find him tucking into the huge buffet laid out on the trestle tables.  As is now usual I didn’t hang around and within 2 minutes we were hiking up the next steep ascent to pick up the now familiar rolling trails of the South Downs way. 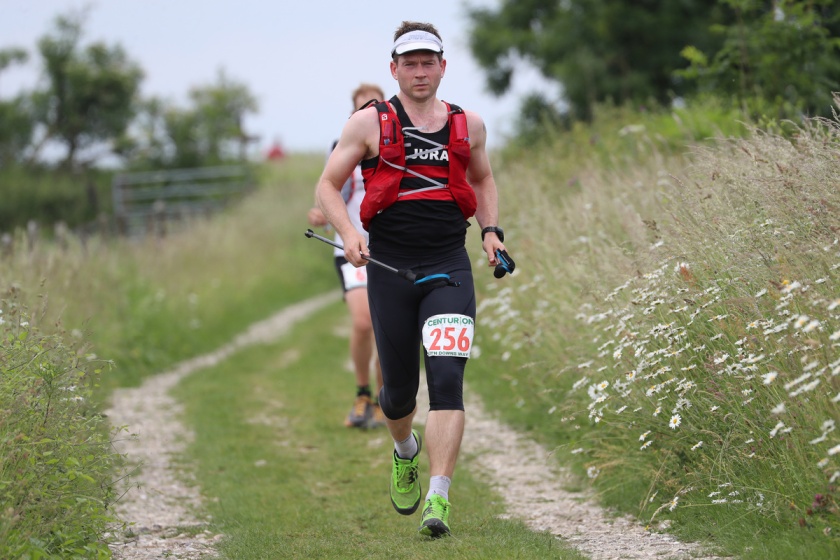 Apart from the blistering heat, and a recurring, searing, breathtaking pain in my left knee, it had been a nice and easy day.  Plenty of friendly people to chat to, some cyclists to banter with (I kept overtaking the same ones on every uphill), and lots of well stocked aid stations to break up the miles.

It wasn’t as hot as it had been on the Thames Path, but there were still plenty of people falling by the vomit streaked wayside.  There was less shade perhaps, the bulk of the route follows a high ridge without much tree cover. Also we weren’t far off the longest day of the year so the delicious cool of the night took an age to finally arrive.

Even then it wasn’t actually cold, apart from a brief chilly moment when I changed my vest for a t-shirt, and that was mostly because I’d been walking for a while as a concession to my complaining knee. 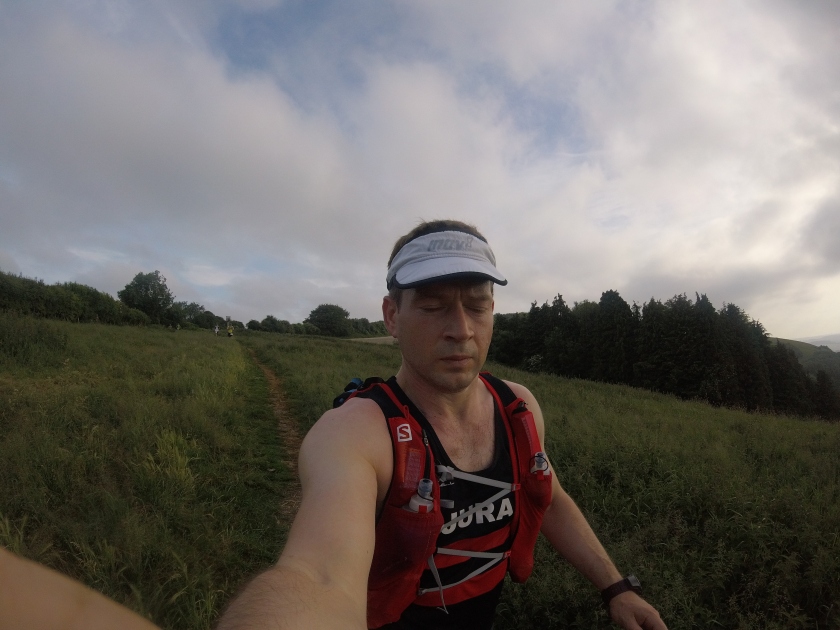 Just making it harder by keeping my eyes shut

I’d never had a pacer before, and this was Ollys first time pacing someone, so I think both of us were a little bit apprehensive about how it would work out.  There was always work to fall back on; he recruits data scientists for a living, I am an aspiring one. So we could always bluff about how much statistics we knew and trade mutual acquaintance related gossip.

Thank goodness it didn’t come to that.

The nicest thing about having someone join me for the last 20 odd miles, was that I could pretty much turn my brain off and let them navigate and remind me to eat and drink.  Also having someone to talk to was great.  I might be a bit quiet at work sometimes (it’s called being focused, actually), but stick a pair of running shoes on me and I’ll talk the arse off a donkey (not that that’s a thing, but you get my point). 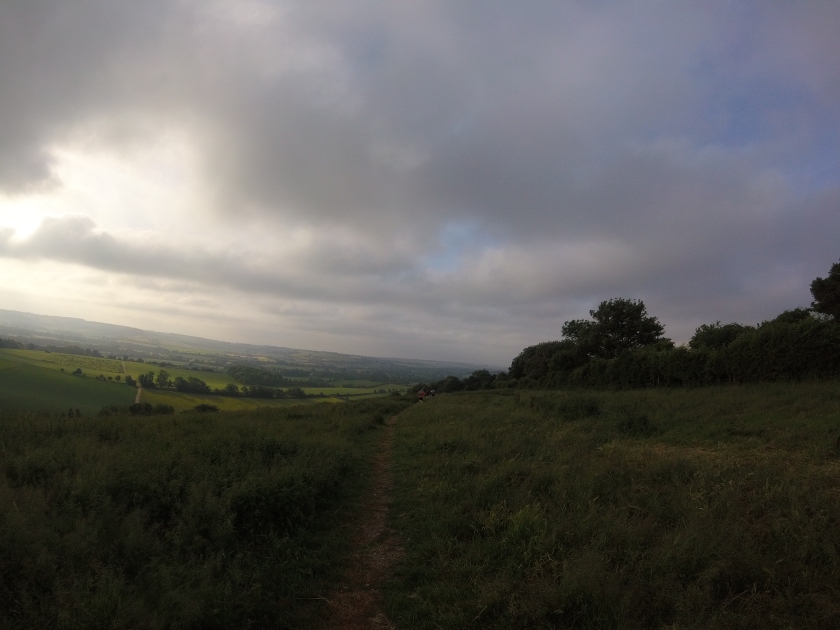 This was Ollys first proper night run too, so it was actually a proper adventure for him, not just an exercise in keeping me moving fast enough so he didn’t get too cold.

My knee pain was a mystery, it really had come out of nowhere and was ridiculously painful.  Not the deep, sharp stabs of the red-hot needle of a stress fracture, nor the instantly disabling agony of a torn muscle.

I’d kept it under control for 15 hours with a mixture of friendly and understanding chatter and easy walking when it really made a fuss.

The talking aspect was bolstering my budding theory that one can strengthen the neural pathways involved in sorting out attention-seeking body parts without cadging drugs off strangers (how could I think that was a good idea?).

No, I reckon that by just thinking hard about the sore parts, and speaking to them out loud, you can encourage your brain to send whatever the rights things are needed to sort things out.

It certainly provides a form of distraction and can pass for a twisted sort of entertainment on very long runs. 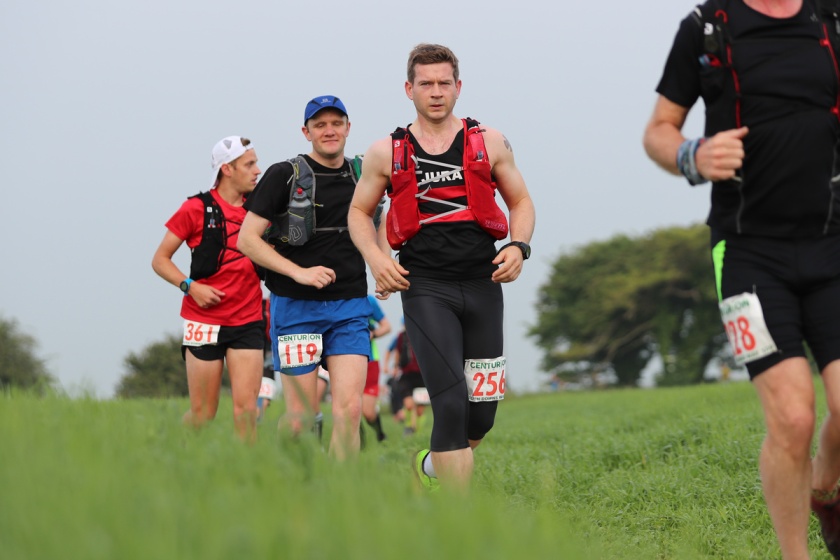 Having a deep conversation with myself

I was patiently explaining this to Olly while we were on another pain induced walking break, when he just looked at me with his head tilted sideways (as anyone would look at a dusty simpleton, in a field, in the middle of the night) and interrupted with:

Your hamstring is tight, and it’s pulling that stretchy thing on the side of your leg, and that’s pulling some other thing which is making some knee bone-but-not-bone pieces rub together.

Stop and stretch, you’ll be fine, I promise you.

(It may have been more anatomically accurate, but that’s how I remember it).

No no no, I patiently admonished, you’re missing the point, it can’t be my hamstring, because…

I might have found a way of dulling the pain to ignorable levels, but the cause was indeed my hamstring.  I was too sleep deprived to be anything other than sheepishly grateful, and after a really long stretch at Alfriston (91 miles) we picked up the pace and flew along, banging out 11 minute miles to the finish line (they felt like 7 minute miles in my defence). 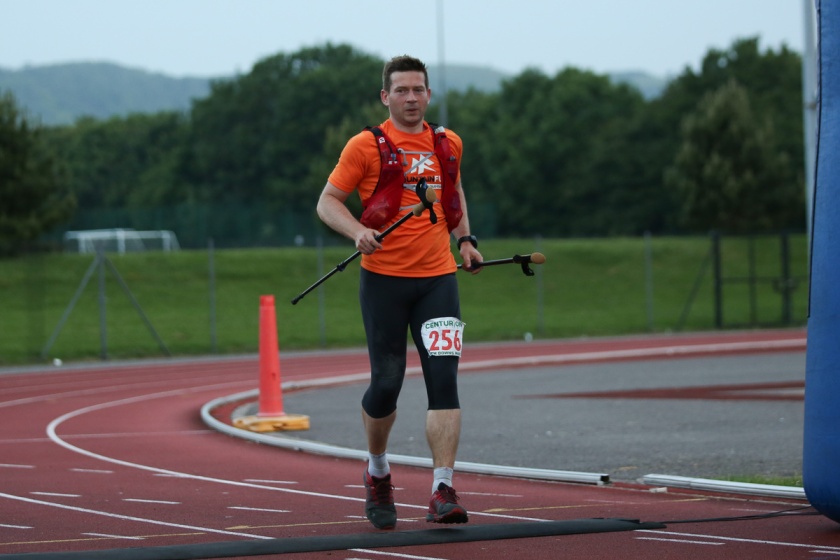 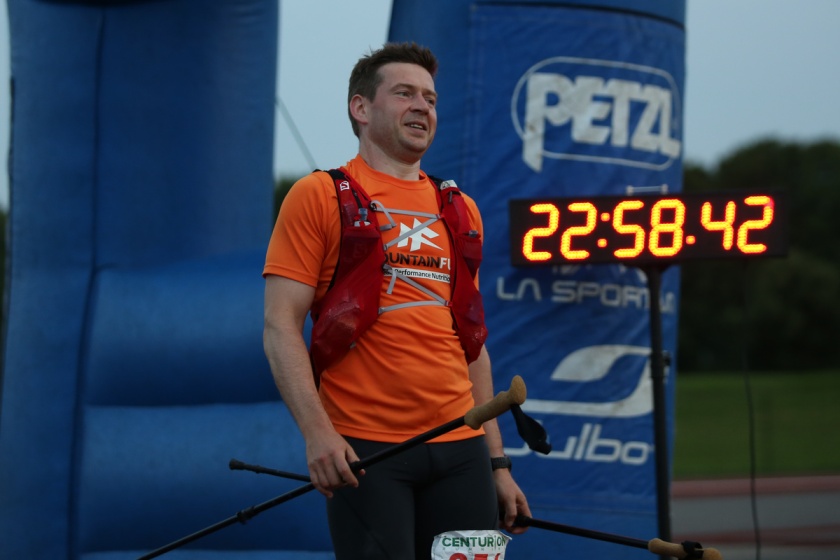 In terms of kit and food, I’m very happy with splashing out on a very fancy Salomon rucksack (“It’s not a bag, it’s a carrying solution”), which was really comfortable, could fit loads of food in the front pockets and after some initial fiddly faffing had easily refillable soft flasks.

Again, like the Thames Path 100, I didn’t eat very much, and again nothing from the aid stations apart from the hot food at the half way point.  I’d rather carry more weight than risk eating what was on someones hands while they’d rummaged through the crisps, but then again I can be a bit OCD about that sort of thing.

I did get a bit bored of saucisson and flapjacks, so finding a bag of crunchy M&Ms in my final drop bag probably made my race.

Massive shout out to the Centurion crew for superb organisation, there were a lot of runners out on the trails, and keeping everyone safe and on course for (just under!) a hundred miles is a truly impressive achievement. 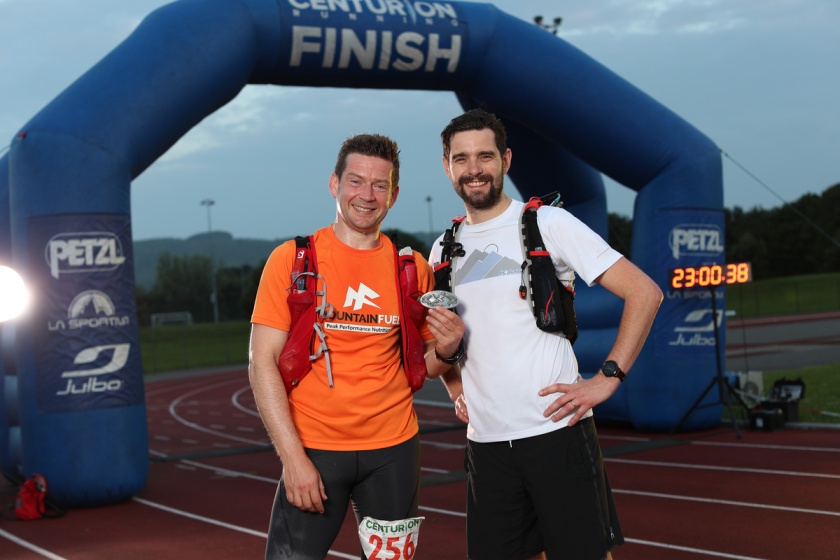 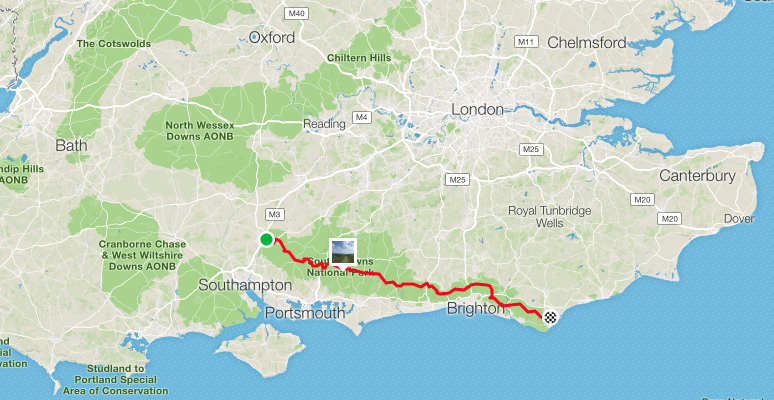 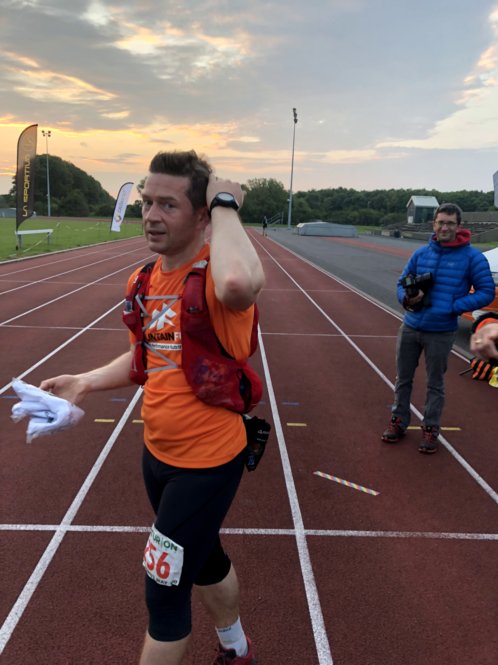 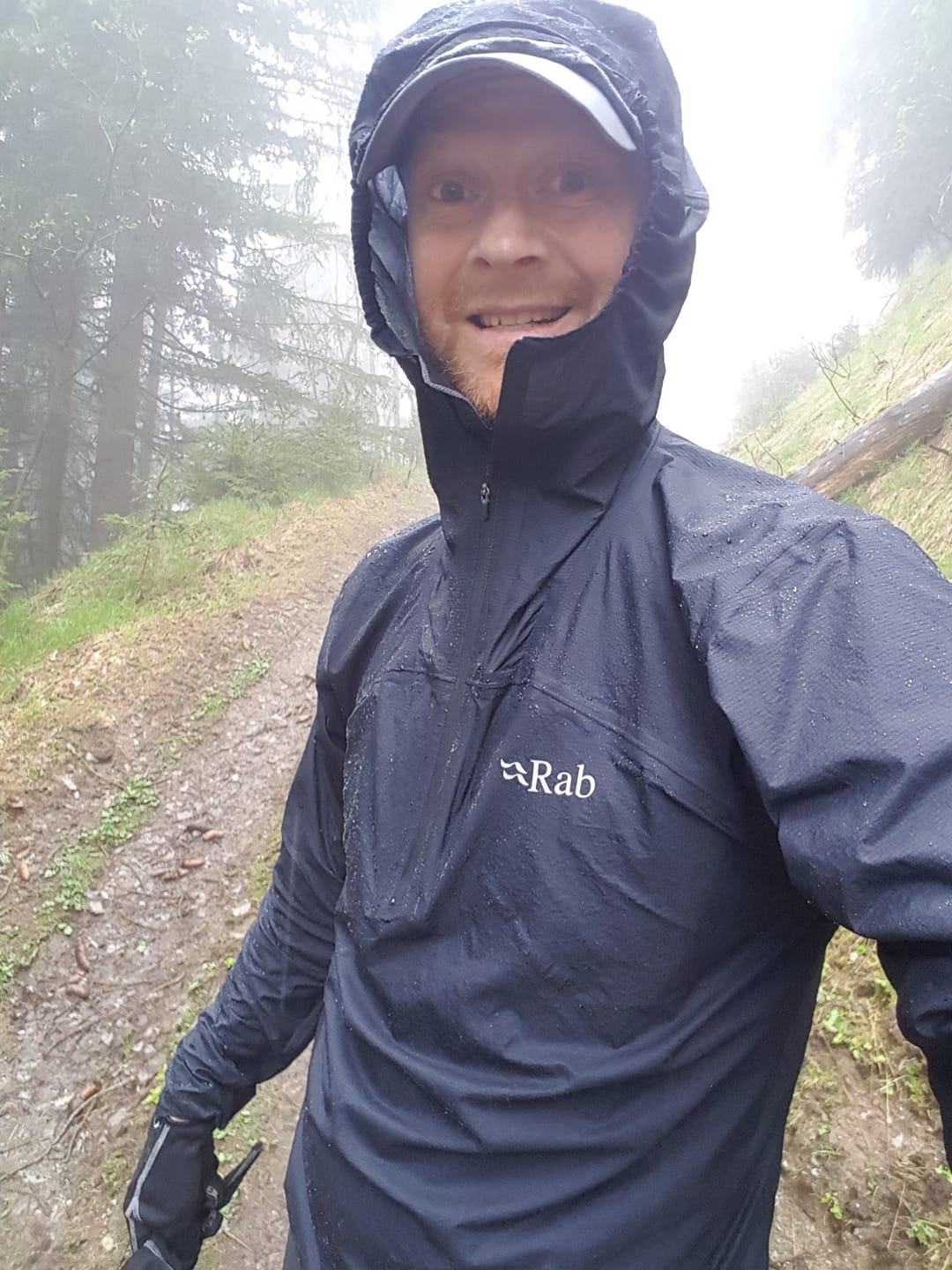 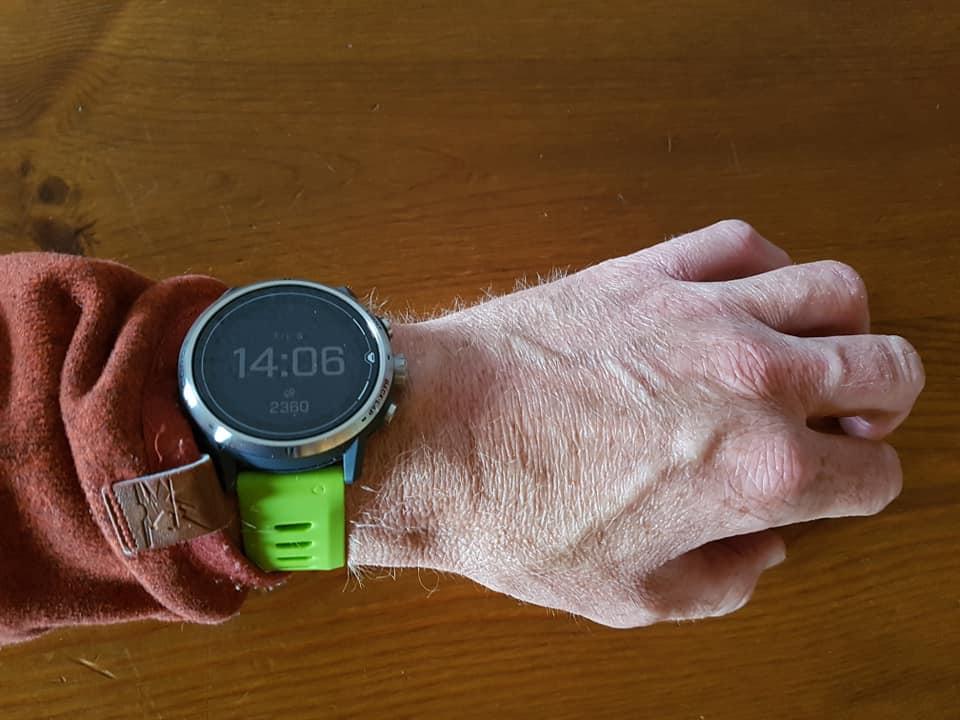 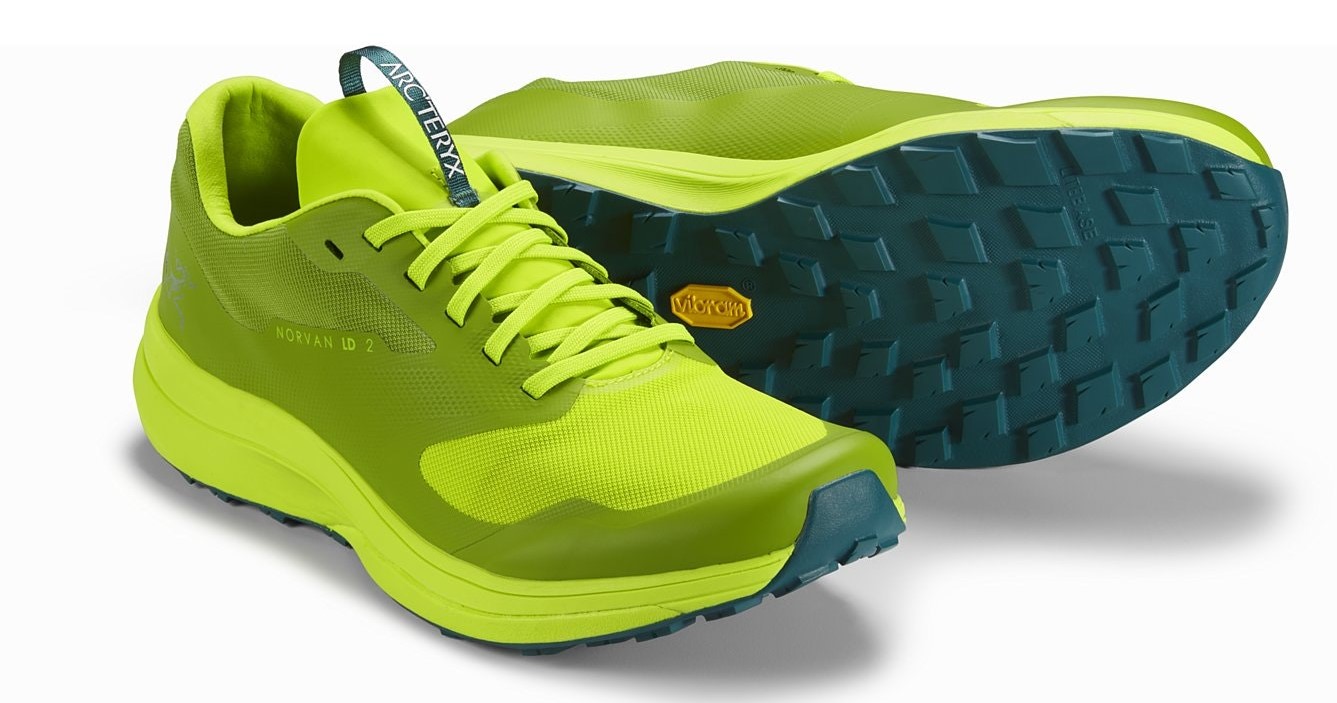 Written by Neil Bryant for the URC I own a few items of clothing by Arc’teryx and am really happy with them. I recently tested the excellent Norvan SL hoody jacket and was... 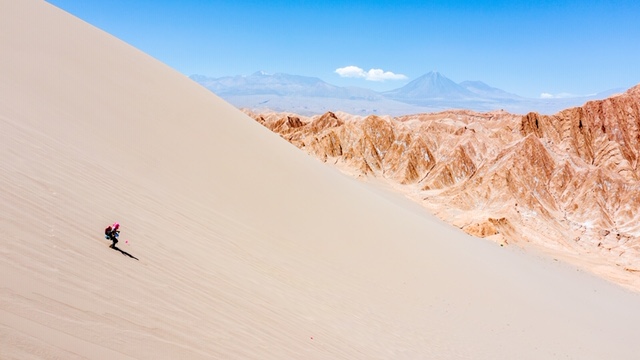 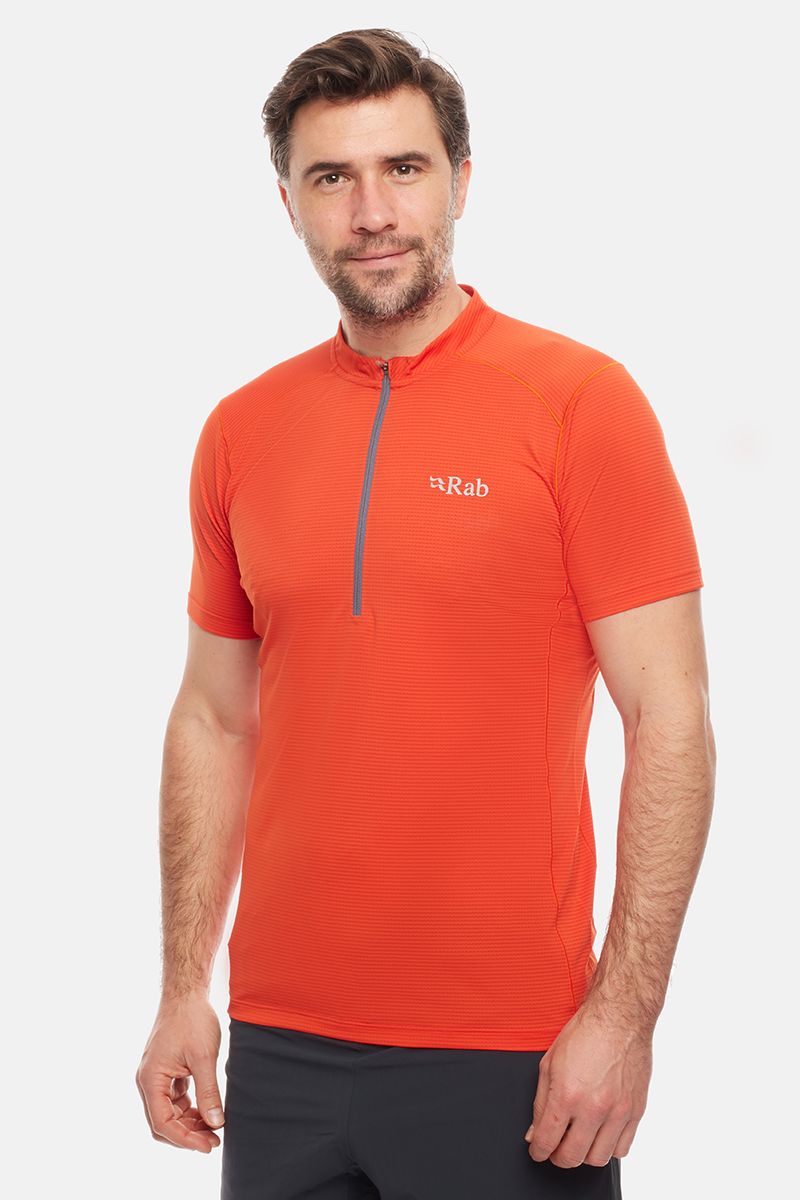 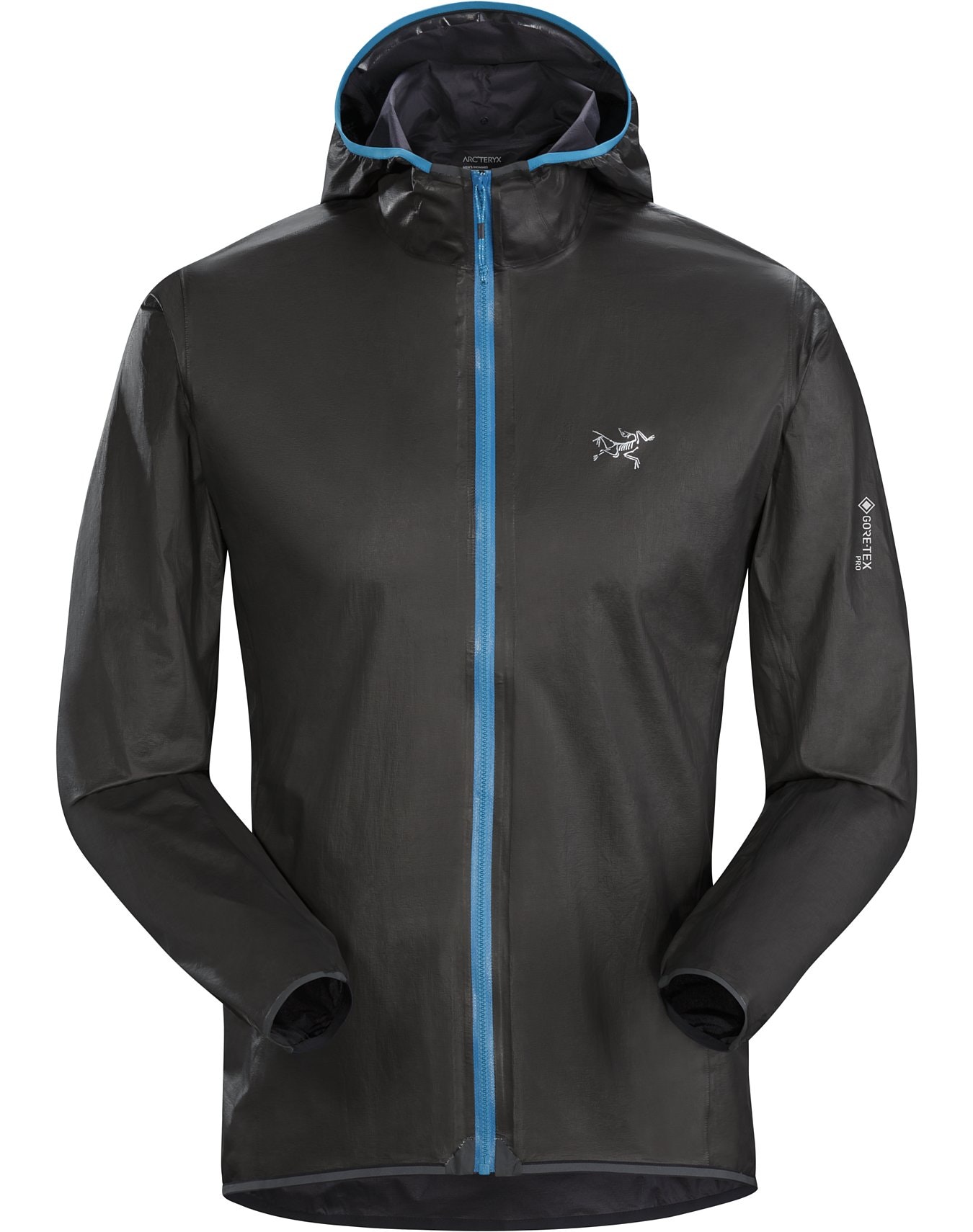 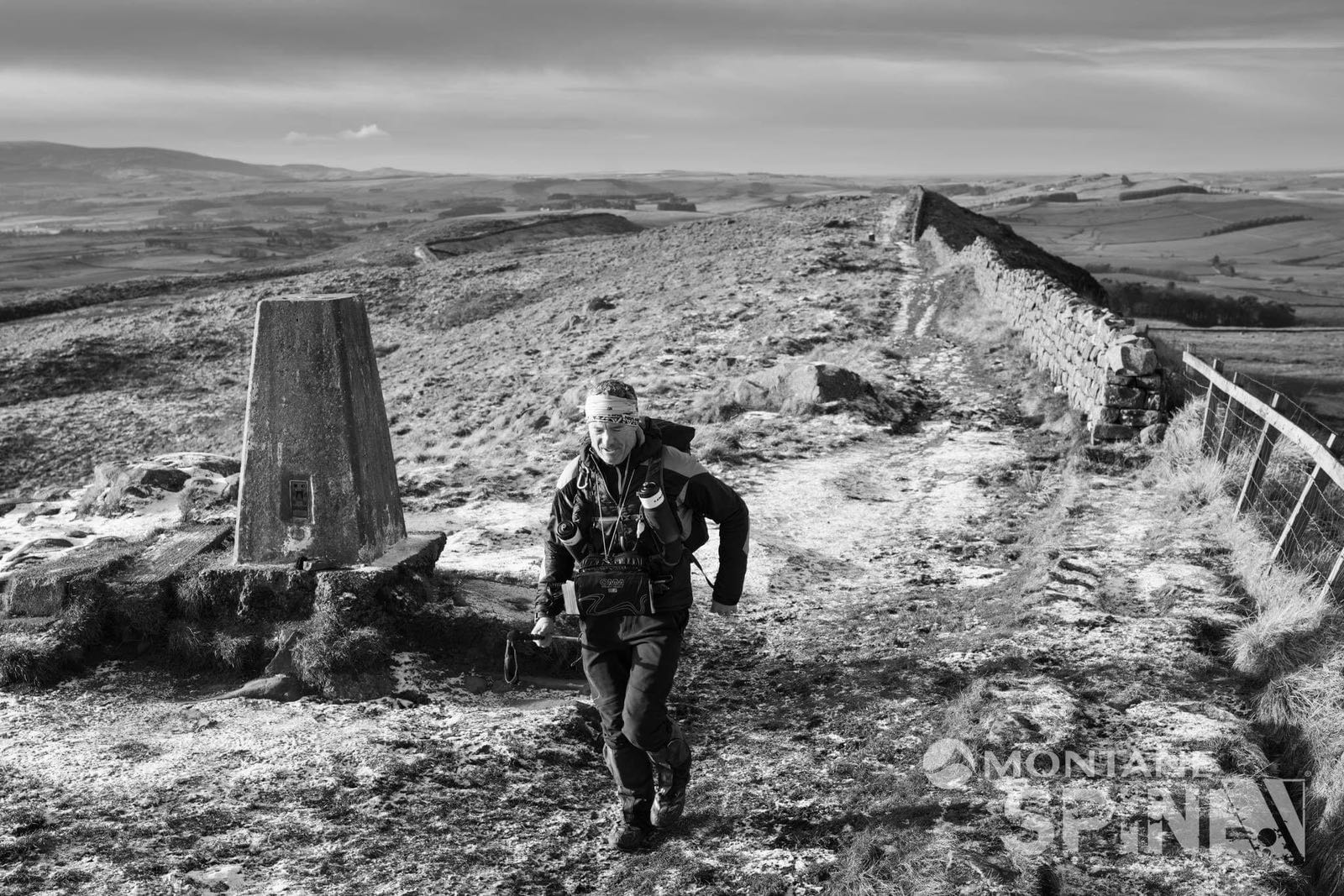 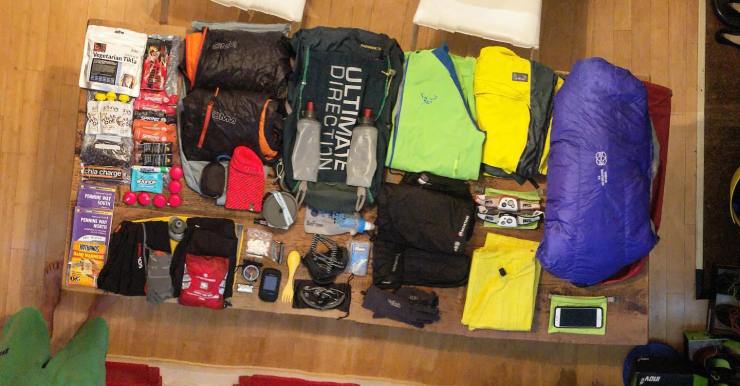 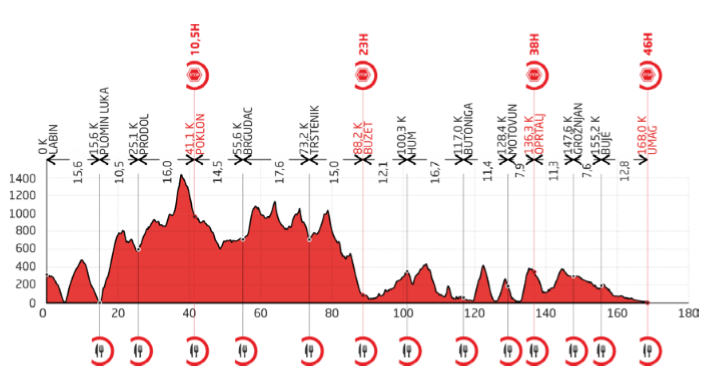 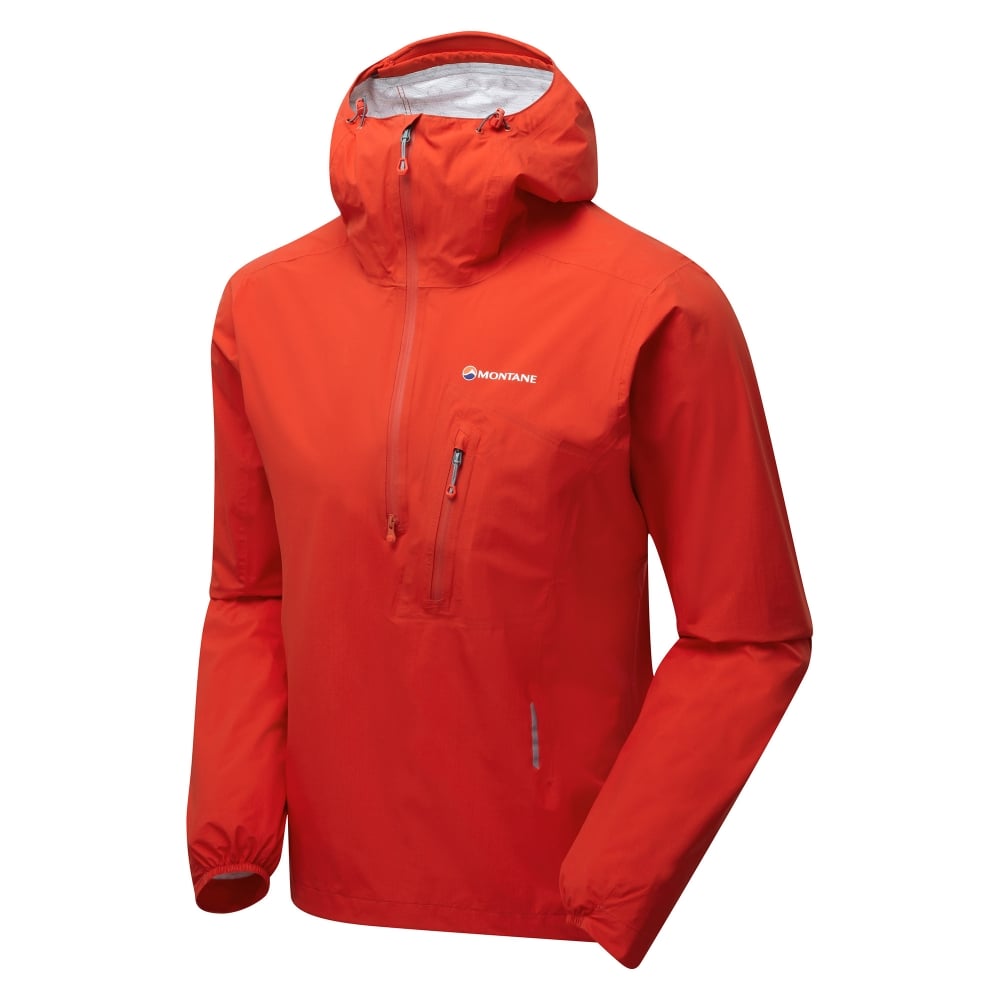 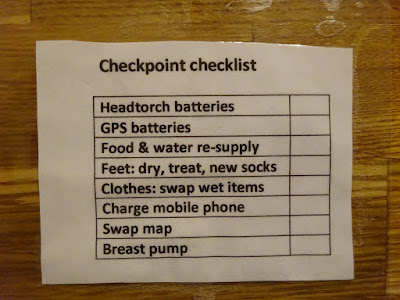 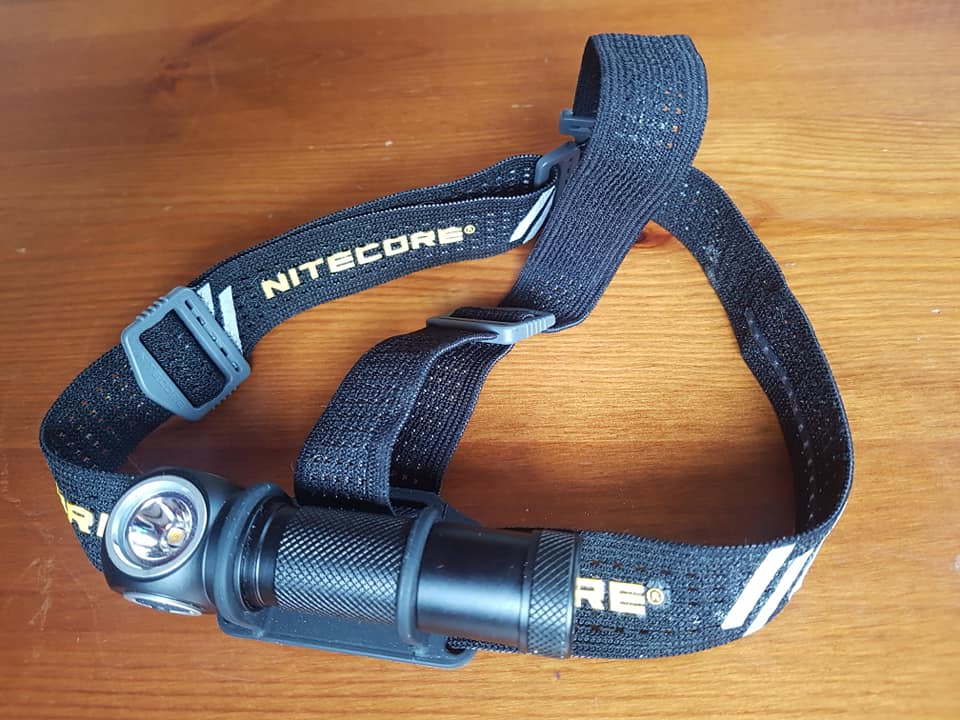 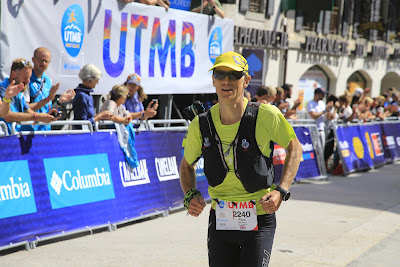 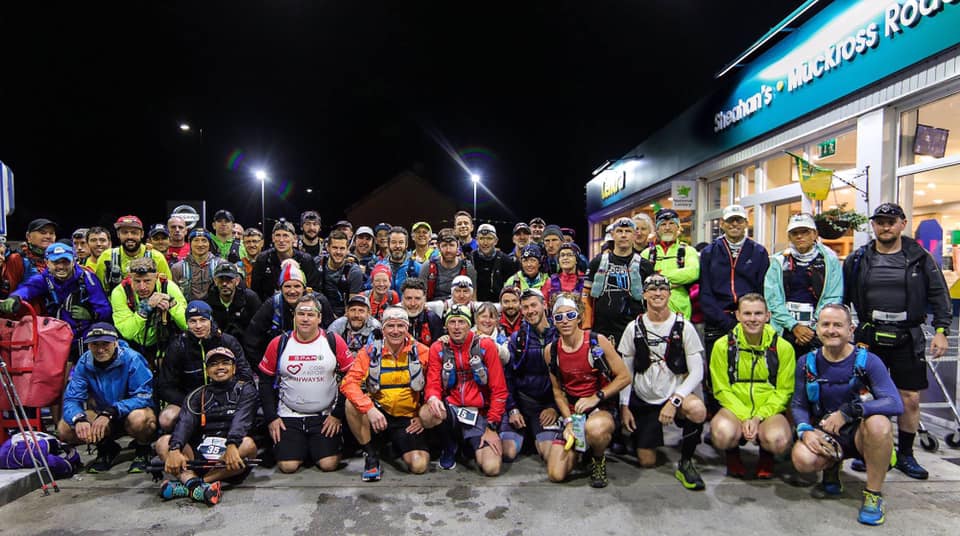 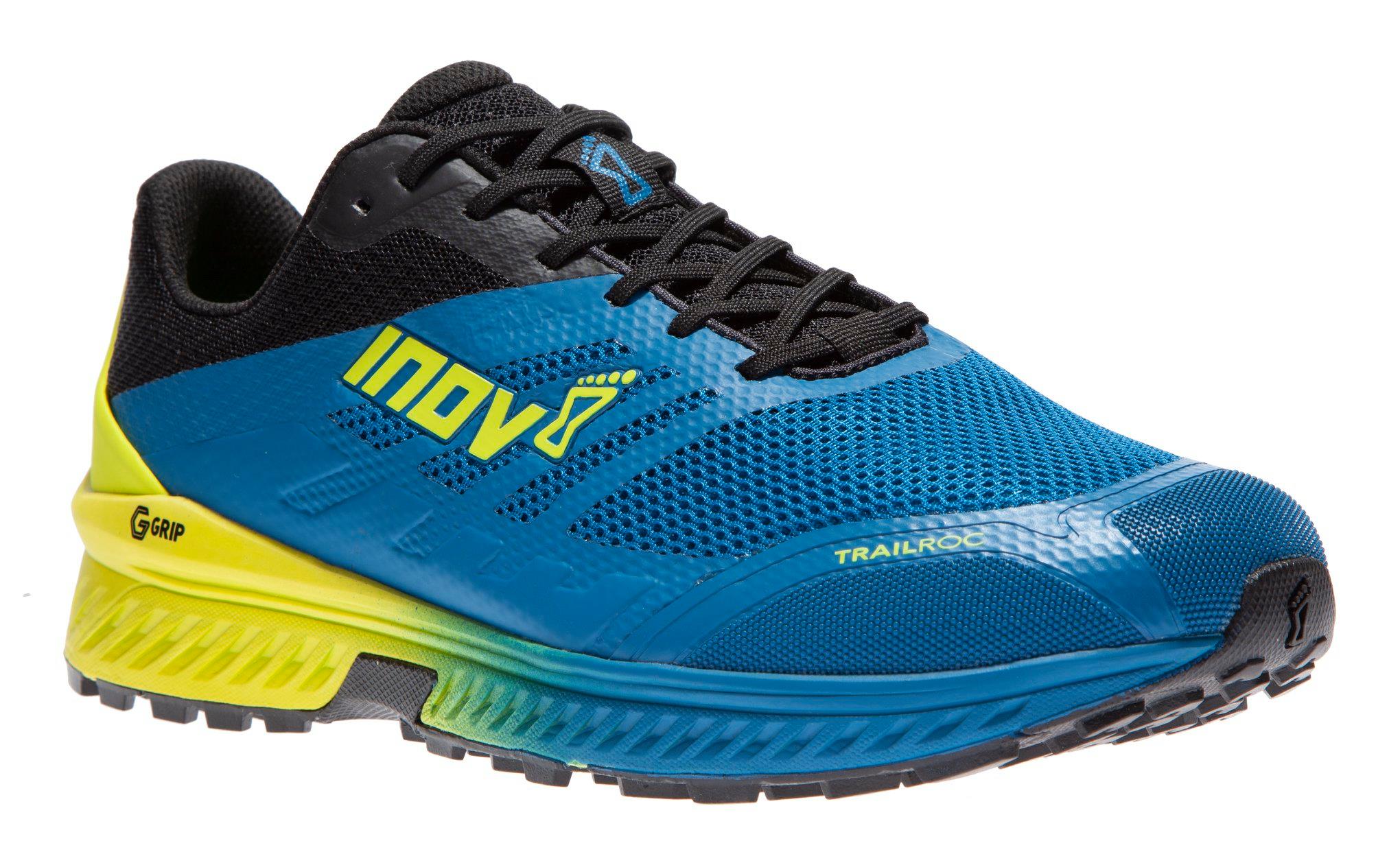 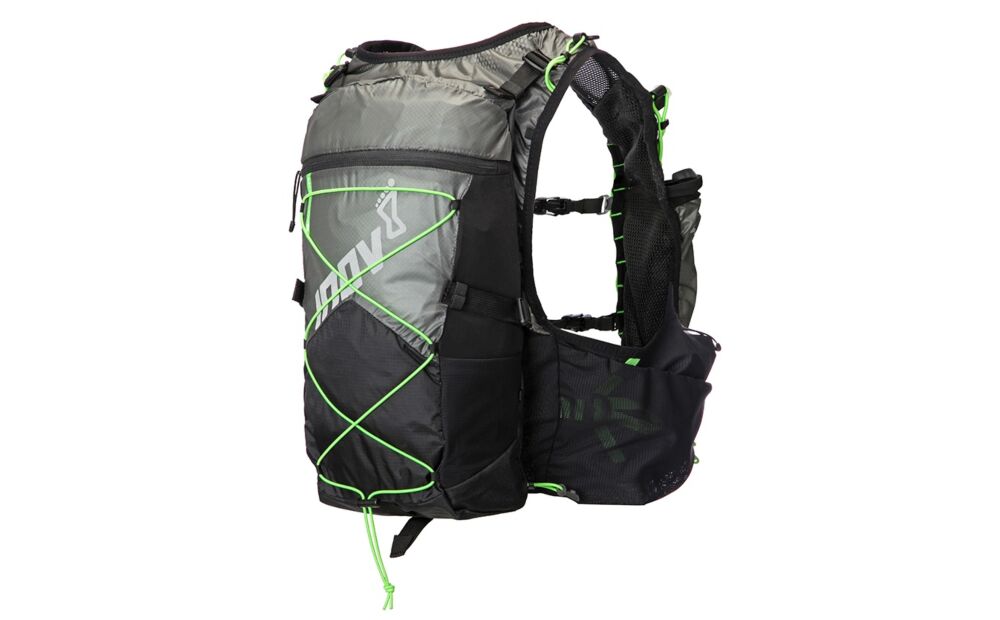 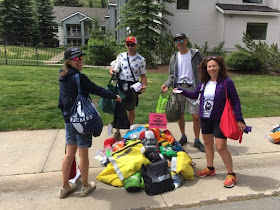