Kilian Jornet, the most decorated trail runner in the history of the sport and the man who summited Mt Everest twice in one week has set his sights on a new athletic challenge. This month, wearing the new Salomon S/LAB Phantasm road racing shoes, he will step on the 400-metre (¼ mile) track in Måndalen, Norway and run for 24 consecutive hours. 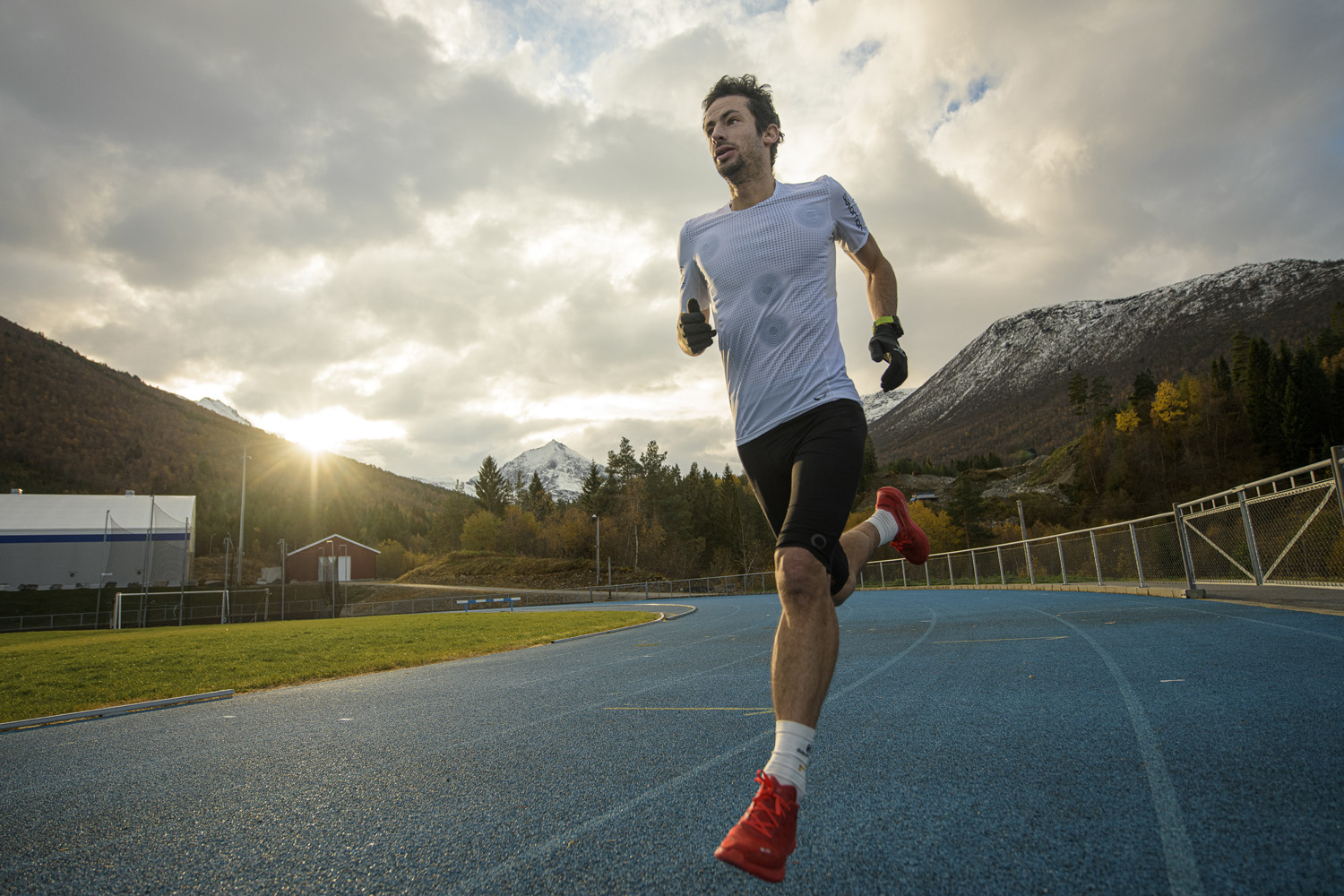 For Jornet, who has won trail running races all over the planet, the Phantasm 24 running challenge will be a step outside of the ordinary, which is always attractive to him. “The motivation is to go outside of my comfort zone, to try different things and see what I am able to do, whether that is climbing at high altitude or, in this case, running on flat ground,” Jornet said. “It’s fun to discover different things I can do, and training on the flat is a good test and an opportunity to learn in terms of nutrition and pacing, and then try to apply those things to different activities, like even mountaineering projects.”

The exact date of Jornet’s day-long run is yet to be determined, as the project is somewhat weather-dependent. The current target date is November 21-22. Fans will be able to watch Kilian’s Phantasm 24 running challenge via a live feed at www.Salomon.com/phantasm24. Check the social media channels of Salomon and Kilian Jornet for the exact date and time of the run. A web series previewing Jornet’s preparation will appear on Salomon’s and Jornet’s social media in the coming days.

Norway, where Jornet lives, has been relatively unaffected by the COVID-19 pandemic. Still, to adhere to health precautions, the stadium will be closed to spectators during the run. In order to make the race official, several accomplished Norwegian ultra-runners will also compete.

Jornet has had his eyes on this 24-hour running challenge for some months and, as always, won’t make predictions or set expectations about how far he can run. That said, whenever the Spaniard laces up his Salomon running shoes, there is always a possibility for the extraordinary. Officially, the longest distance ever run in 24 hours was set in 1997 by Yiannis Kouros, who ran 303.506 kilometres (188.590 miles), which Jornet calls an “absolutely wild” achievement.

“It’s so many kilometres that I cannot even visualize it,” Jornet said. “I’ve seen Yiannis’ splits so I want to keep up with that as long as I can. I know the speed I need to keep every hour, so then I know the pace for every kilometre and every lap. Of course, the first 10 hours will be a bit faster and then slowing every hour after, so I have a plan and I know what I want to run every hour. The big thing is to not have any muscle problems and be able to eat without having big down periods.”

Accustomed to running (and winning) famed races like Ultra-Trail du Mont Blanc (UTMB), Hardrock 100, Western States 100 and countless mountain marathons around the globe, Jornet has sought expert advice from coaches and physios as he incorporated more speed work into his training.

“For mountain athletes, we have a big motor, so it’s easy in terms of cardio and endurance,” Jornet says. “It’s mostly working on the speed because my legs aren’t used to moving this fast. To prepare, I’ve been doing three days of speed work each week at the track or on roads. But the form you run with on the flat is very different from how you run in the mountains, where you run higher because you pass over obstacles and put your feet in different places as the terrain changes.”

Much of Jornet’s training research has centered around minimizing injuries that might come with the repetitive motion of flat-ground running. In fact, he was forced to delay the 24-hour attempt in recent weeks due to some nagging muscle injuries that cropped up prior to his first 10 km road race, the famed Hytteplanmila race in Norway, which he finished in 29:59 in mid-October.

“I think the biggest challenge is to be able to train consistently and not have injuries because the transition to flat ground is very hard for the muscles,” Jornet says. “The training has been a bit frustrating the last few months going from injury to injury to injury. I have had good blocks of training and then I would have an injury and have to rest. After the 10 km race, I had to stop training and rest an injury. Now, the plan is to do one good week of training and see how my body feels, then rest the muscle tissues and recover for the attempt.”

In his 24-hour attempt, Jornet will use Salomon’s new S/LAB Phantasm, a super lightweight road racing shoe that will be released in the spring of 2021. He has been using the shoe for several months during his track and road running training sessions. 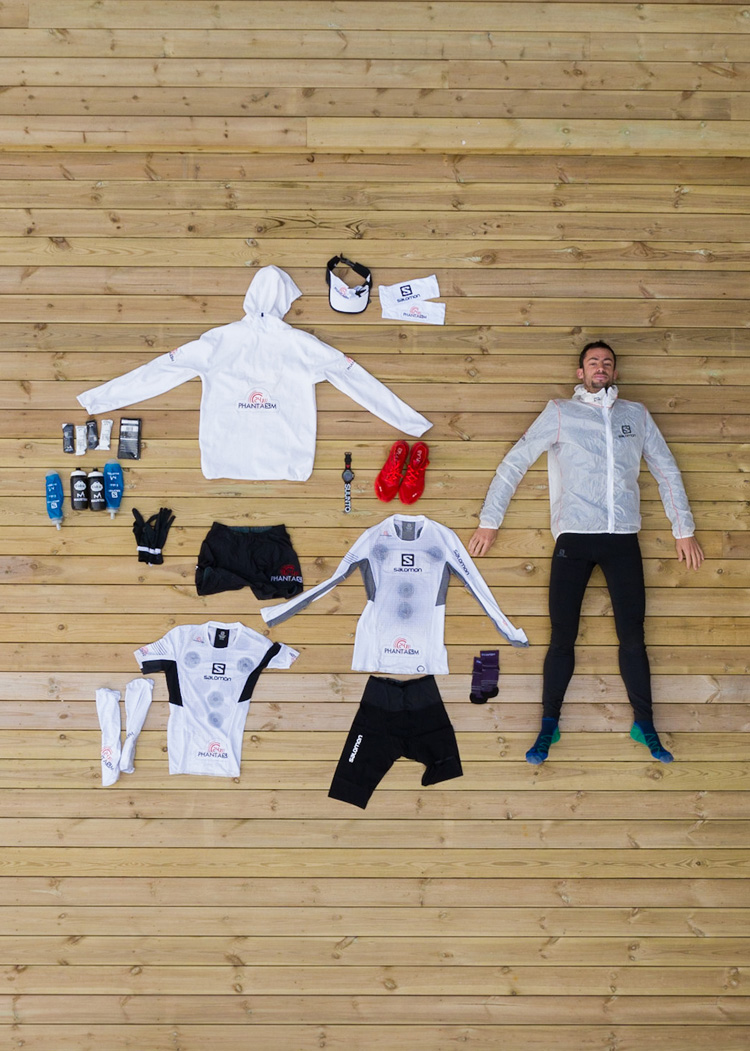 “I tested the prototypes of the S/LAB Phantasm a year ago and now I’m using the same shoe that will be available in spring to the public,” Jornet says. “It’s great for road running. It’s a light, very reactive and well-balanced shoe with good cushioning, which is important when you are doing longer training on hard surfaces. And the grip is really good, even in wet conditions, which is important.”

A dynamic racing flat (6 mm drop) that was developed with top athletes, the S/LAB Phantasm focuses on weight, breathability and a fast transition, which is achieved with a curved, rocker profile and Salomon’s lightest, most responsive foam, called Energy Surge. A nearly invisible upper made of TPU Mesh gives the shoe a breathable, lightweight design (199 grams).

“It’s cool to see Salomon doing different things like this now in running footwear,” Jornet said. “Some things that they learned from the mountains—such as lightness and an amazing shape and the breathable upper—have been applied here with the Phantasm. And some things from the road, like cushioning, will help improve the mountain shoes.”

On the day of the attempt, Jornet will switch directions every four hours on the track he now knows well. He expects temperatures to get as low as zero degree Celsius at night and range from 8-15 degrees during the day. In preparation for the unpredictable Norwegian weather, he has selected a variety of Salomon apparel to have ready on the day including the NSO T-shirt, Sense Longsleeve Tee, S/Lab shorts, S/Lab NSO tights, Hybrid pants, the Active Hat, a buff, the Pulse gloves, NSO mid socks and a couple of jackets: the Haloes Down Hybrid and Outline Down Agile FZ.

Suunto, the Finnish sports timepiece company who has been one of Jornet’s major supporters for more than a decade, will serve as the official timekeeper of the Phantasm24 challenge. 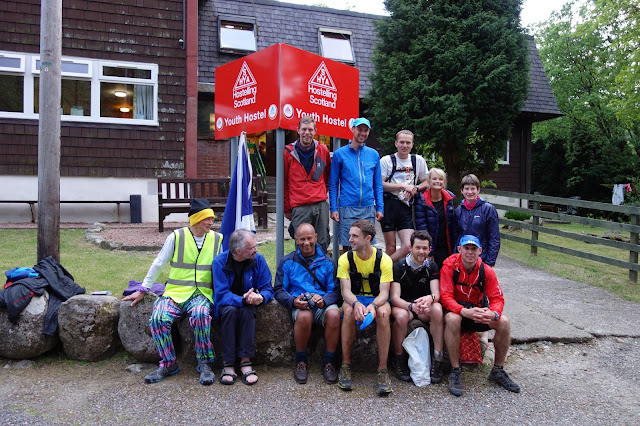