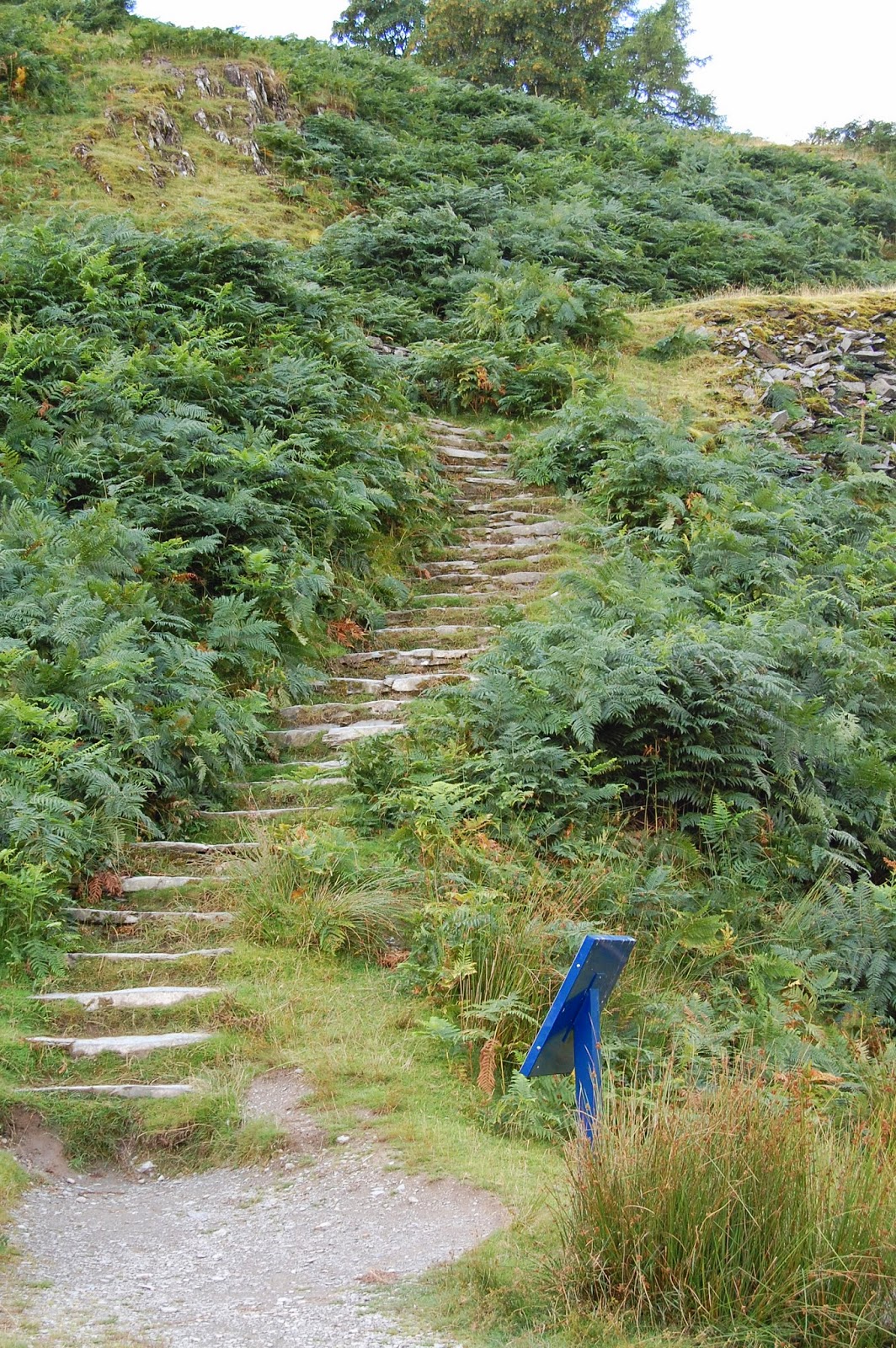 I enjoyed this section  after getting the "Steps of Doom" and the "Scramble from Hell" out of the way it's a nice walk across the common to the drop into Coppermines Valley.  Well it is on a nice sunny morning, although the wind did get up nearer the top and it was decidedly a bit chilly. However I'm not so sure I would want to do it in the dark or if the clag was down.  So after nearly fifty miles of stones, rubble and  wet slippy slate the last downhill section really should be bliss, but it's not. It's rough and it's tough and it's slippy as ****  It's thankfully short though.  The last wee bit I had resolved to run, but quite frankly I had nothing left to run with, the heat of the day before had taken it's toll so I just walked back to the finish.
At the finish I was so chuffed to be taken into the hall by Anna, who I met all those years ago when I did my first one.  Somehow it was fitting.  After getting my medal and swapping my t,shirt, yes I know never satsifed. I phoned Bilbo to let him know.  Kim appeared and snapped me and my medal.
Kim had not dibbed out at Howtown, but had carried on to Mardale where she surrendered herself  into the care of the Spartans.   She'll hopefully get her ITB problems sorted soon.
Post Event and the future.
So there we are, it's all over now.  I won't be entering next year, it's time to move on and face another challenge and I also want others to enjoy this event so to take another place would be a bit greedy.   Not saying I won't be back or not involved because as I said I love this event and just to be part of it in some way is just wonderful, so I might be out there marshaling or supporting.

So what's the future.  Well I have an idea and a plan is being sketched out in my head.  Albeit suffice to say if it hadn't been for the Lakeland I wouldn't even be contemplating taking on another adventure, but it's now gotten to be a bit addictive.

I've met some amazing people along this part of the journey, Kim, Anna, Sue, Bev, Lois, Lauren and on and on.  I've been given an interest in the Ultra running world/community and watched in awe the exploits many others who I've had the privilege of coming into contact with.  Visited some amazing places and seen the sunset and the sunrise on some truly beautiful scenery.   However the journey continues, and I will be blogging shortly, hopefully with more detail, if not for one thing then it will most definitely be another.

Thank you Lakeland50.  It's not goodbye though.

Oh I almost forgot and had to quickly snap "the bling". 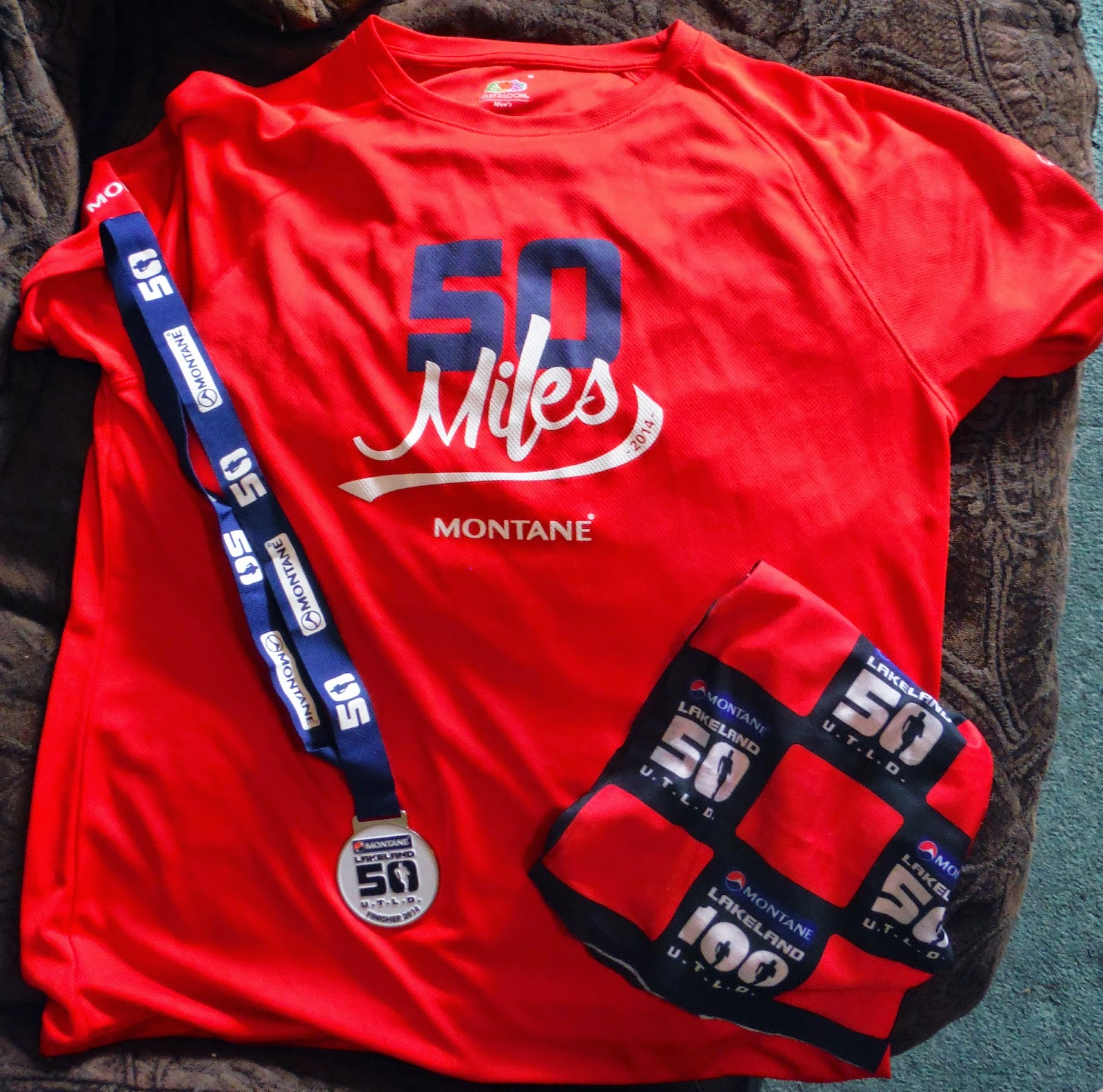